Payment of R50 000 each to 53 “music legends” by Motsoeneng and former SABC bosses was unlawful, says SIU

The tribunal ruled that Motsoeneng and the executives had abused their powers and violated internal processes. 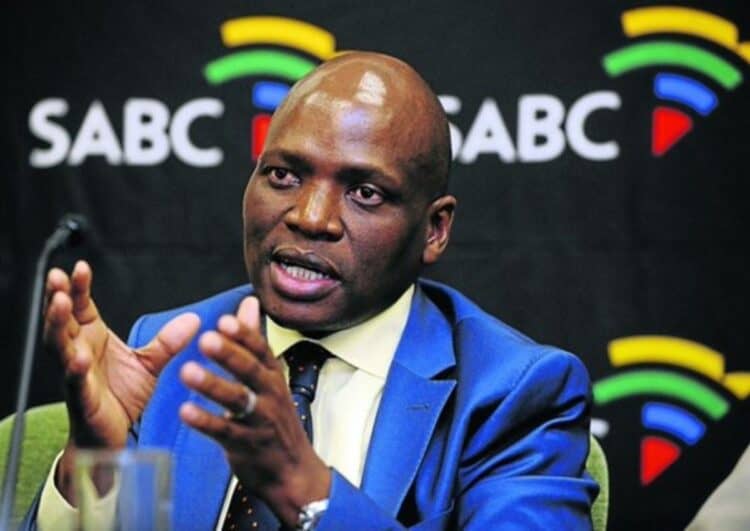 Hlaudi Motsoeneng addressing members of the media on the decision to pay music legends. Photo via Twitter: @TorresJanuary4

This is the essence of the ruling delivered by Judge Lebogang Modiba, president of the Special Tribunal, on Tuesday 18 October 2022.

The judgement found that the SABC was aware of the decision taken it 2017 to pay the musicians and did nothing. Now, five year later, the time to reclaim the loss has expired, meaning the SABC has lost the R2.42 million.

By setting aside the decision to pay 52 musicians R50 000 each, this means that no other musician can now claim for this amount. The payments were meant to be a token of appreciation for “music legends” who were not compensated for their hard work.

They were paid R50 000 each, but only 53 music legends were paid the sum total the Special Investigating Unit (SIU) and the SABC sought to recover.

The tribunal ruled that Motsoeneng and the executives had abused their powers and violated internal processes.

The ruling follows the public broadcasterand the SIU’s application in March to declare the payments unlawful and invalid, and set the decision aside.

They also alleged that the broadcaster did not benefit from the payments and that it had incurred wasteful and fruitless expenditure.

The SIU ordered in March 2021 that Motsoeneng and the others must pay back the money. However, Motsoeneng took the matter on review. In papers, the former COO said the money used to pay musicians was raised from sources that included MutiChoice. The tribunal found that the SABC did not receive any funds from MultiChoice.

The tribunal said Motsoeneng had failed to provide a definitive answer about the existence of the policy that allowed the payments.

Horoscopes and Lucky Numbers for 19 October 2022