Portland stone: how a creamy British limestone became a symbol of empire and elitism

Portland stone is a creamy-white limestone quarried from the Isle of Portland on the Dorset coast. 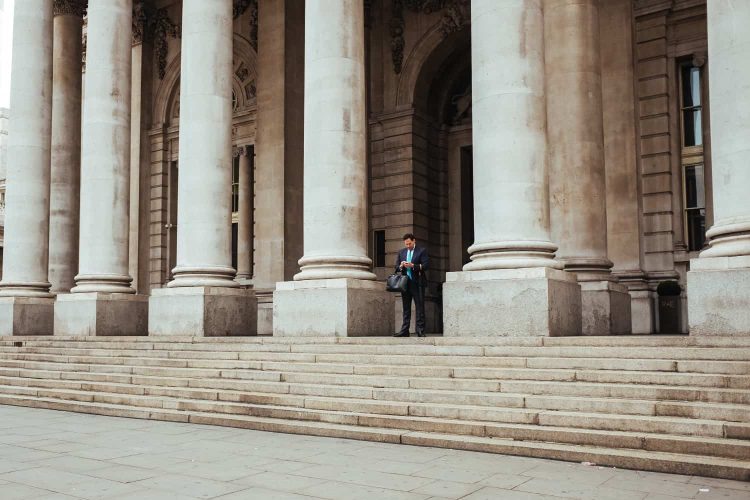 Photo by Robert Bye on Unsplash

If you were asked what links Buckingham Palace, the British Museum, the Foreign Office, the Cenotaph and St Paul’s Cathedral, you might say that they are all London landmarks and iconic symbols of the British state. You may not realise, however, that they were all built using the same stone, which our recent research has highlighted has a controversial history.

Portland stone is a creamy-white limestone quarried from the Isle of Portland on the Dorset coast. Though this Jurassic-aged rock started life as a seafloor sediment it now adorns the buildings that house powerful people in modern British society. Due to its association with a sense of British national identity, geologists have designated it a “Global Heritage Stone Resource”. But how does a rock pulled from an island on the English coast come to hold heritage value and symbolise national identity?

To understand this we conducted an archival investigation to see what some of the most powerful people in Britain have had to say about Portland stone over the past two centuries. We studied entries between 1803 and 2020 in Hansard, the official record of UK parliamentary debates, and uncovered a story of imperialism, oppression and mythologised identity.

The story really starts with St Paul’s Cathedral. At the start of the 17th century, King James I appointed the architect Inigo Jones to redesign the crumbling original St Paul’s as well as to design other London buildings. Jones promoted the use of Portland stone, likely because the quarries were owned by the crown thus providing easy access.

Yet this was also bound up in Britain’s search for imperial and religious identity at a pivotal moment in its history: the union of the crowns of England and Scotland, and following the Protestant Reformation that severed links with the Catholic church. James was under pressure to rebuild St Paul’s using a British – therefore Protestant – stone. Pamphlets, artworks, and speeches from this era refer metaphorically to London as the “New Jerusalem” and James as the “British Solomon” building a “glorious Temple”. The reconstruction of St Paul’s was in part symbolic and a means of establishing London’s place in Britain, and Britain’s place as the heart of a new Protestant Empire.

After the Great Fire of 1666 caused significant damage to the original St Paul’s, Christopher Wren was commissioned to build the cathedral that still exists today. Wren also elected to use Portland stone and lobbied for land rights and access to be extended on the island of Portland to permit extraction of stone from common land.

For 19th-century politicians, St Paul’s Cathedral represented newly imagined imperial, Protestant Britain. In Hansard, politicians referenced Wren’s works in Portland stone in order to inspire the stone’s continued use in the construction of Whitehall buildings such as the Foreign Office which became the administrative centre of the Empire. It is through this use that the stone starts to become associated with notions of Britishness.

By the turn of the 20th century, the symbolic power of Portland stone in representing Britishness is revealed through its contested use in Dublin. With debate raging over Irish self-governance (or “Home Rule”), some Irish public figures alluded to the use of Portland stone in the city’s key buildings as being unnecessary and politically motivated when there was comparable stone available in Ireland.

Some historians have argued it was a practical consideration, since, due to underinvestment in Irish rail infrastructure, it cost around twice as much to bring an equivalent limestone from Stradbally, 52 miles from Dublin, as it did to import Portland.

Of further insult was the fact that an increasing number of Irish political prisoners were being detained at a national “public works” prison on Portland and that the prison workforce was being used to extract what Irish MPs termed “English convict stone” for use in public works projects.

A stone for the elites

Another consistent theme in Hansard is the largely elitist use of the stone. A line is regularly drawn between the poorer, labouring classes who quarry the stone and “the public” who enjoy it. Decisions to face key industrial buildings are described as a waste when it will be “never seen by anybody except the people who work there”. Portland stone is referred to as being unsuitable for use in anything other than our “great buildings … universities, schools, municipal buildings, office blocks, stores, banks and hotels”.

It is also politically divisive – and, in Hansard, Portland stone’s use is largely championed by Conservatives. In 1945 one Conservative MP described meeting a quarry-worker who observed that: “I have always voted Conservative because I have found that when a Conservative government was in power, there was more demand for Portland stone.” This is hardly surprising, the Conservative party associates itself with an imperially derived, English-centric notion of British identity and heritage – all things that Portland stone has come to symbolise.

Stones are not apolitical

The debate about Portland stone falls into a wider public discussion about what people in the UK choose to remember and celebrate as their national heritage. Portland is a beautiful stone used in some of the country’s most historic and impressive works of architecture.

Stones, however, are not apolitical. Once we use them selectively, they can gather the symbolic power that society transfers to them. St Paul’s Cathedral was built at a key moment of national mythologising and meaning-making. In association, Portland stone also came to share in this meaning and came to project a particular version of Britain’s past. But when this meaning is so deeply entwined with stories of empire and elitism, is it something to celebrate?

Portland stone was designated a Global Heritage Stone Resource in recognition of its “cultural value” and “heritage”. We suggest, however, that when we are thinking about a stone’s cultural value and heritage, it is not enough to acknowledge its beauty and utility – we need to look beyond the facade and ask what this stone and our built environment represents, whose stories it tells, and whose stories are silenced through its use.

Research and development are key to resilient food systems in Africa