Pretoria school shuts down after being found to be overcrowded

Tomorrow children will get their school reports at the new building, so everything is in order and there is nothing to worry about. 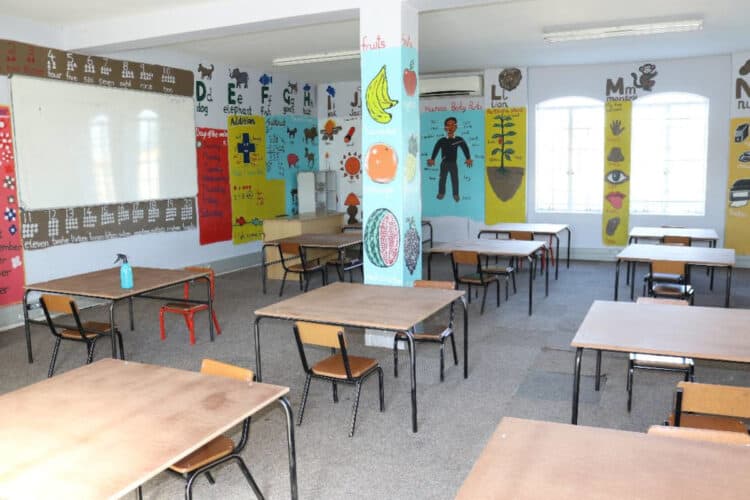 A school in Pretoria shutdown on Wednesday due to non-compliance with Occupational Health and Safety Act measures.

Purpose Finder Academy was forced to close after it was found to have been overcrowded. Inspectors from the department of education and Labour intervened when they noticed pupils peering through windows from a two-story high building while conducting inspections nearby during the current mega blitz inspection.

The combined school was forced to close in accordance with Section 30 of the Occupational Health and Safety Act, the Department of Employment and Labour’s Inspection and Enforcement Services (IES) unit.

SAFFARAZZI spoke to Sharmiella Batidzirayi, the marketing manager of the schools and she stated that all the purpose finder academy branches are operational.

“The one in Pretoria, I know there was inspectors from the Department of Education, Labour, Home Affairs, they are the ones who visited the school yesterday.

They said the school premises that we were on were too small for the capacity or the total number of learners that we have, we had to have learners in a bigger environment of which that was already in the pipeline because we had already acquired a new building, we were just waiting for schools to close so we could move to the new building, so we had to do that as soon as possible since they said its against regulations to continue there.

Yesterday that’s when they came, today leaders did not have lessons because we decided to just move in immediately to the new premises so we already have bigger premises, so we are moving, today they are transitioning to the new building.

Tomorrow children will get their school reports at the new building, so everything is in order and there is nothing to worry about.”

She added that a formal tour of the school would be better as there has been a lot of hearsay especially from the Zimbabwean community about the school which has been for a lack of a better word not true.