Renewable energy projects in rural Ghana have some built-in limitations

In the last decade, international organisations have been moving away from this aid-led approach to a more market driven approach. 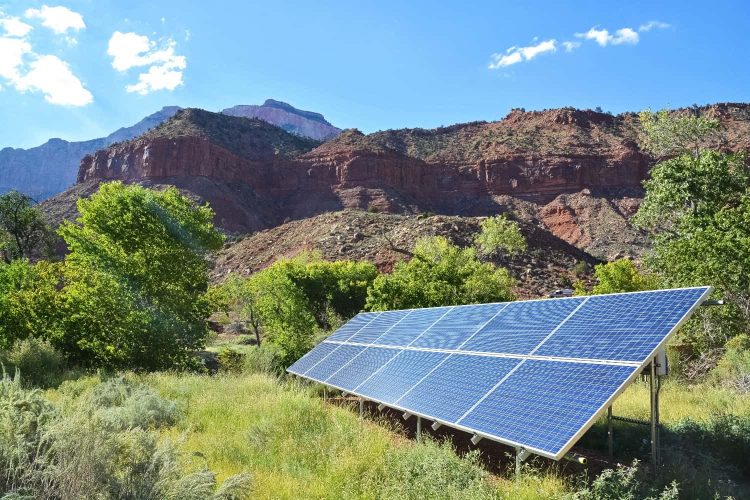 Photo by Jeremy Bezanger on Unsplash

Renewable energy technologies like solar lanterns, solar panels and biogas digesters offer the prospect of affordable power in remote communities. For the last 30 years, international organisations have been involved in projects to make these technologies available to users in African countries. Mainly this has been done free of charge and has included efforts to build local capacity and reform policy.

But despite these efforts, internationally funded renewable energy projects have often failed after they withdrew their support.

In the last decade, international organisations have been moving away from this aid-led approach to a more market driven approach. The reasoning is that market driven approaches will enhance technology ownership and long-term adoption. They often require users to pay fully or partly for equipment and maintenance through loans and subsidies.

But will this approach work better? In my recent PhD research, I studied five internationally funded renewable energy projects to understand how they might contribute to the limited adoption of renewable energy in Ghana. In the research, I compared the implications of aid and market-driven approaches.

Although market driven approaches tend to create an environment for multiple actors in the renewable energy sector to build their collective capacity, they don’t always include the rural poor. The insights from this work could help explain why renewable energy technology is being adopted so slowly and help find a solution. My work also forms part of the literature on innovation studies.

Ghana’s grid electricity is supplied by hydroelectric power (39.9%), thermal power plants (56%) and renewables (0.2%). Adding decentralised renewable energy brings the total electricity from renewable sources to 0.5% by the end of 2017. In remote Ghanaian communities, renewable energy technologies are the preferred means of electrification.

My study found that purely donor-funded renewable energy projects may aim to build local capacity but usually involve only one actor: renewable energy companies. Moreover, the projects tend not to allow space for a range of actors to get involved. They only train local companies or technicians.

As a result, they do not build the collective capacity necessary for renewable energy development. For example, in the Switch Africa Green biogas project I studied, there was usually only one supervisor from either the implementing Ghanaian government agency or the donor. Community members were not employed to build strong networks around installed renewable technology. This meant users did not have anyone to contact when systems broke down.

In market-driven projects, there are more interactions among different actors. This transfers knowledge and builds capacity. For example, local technicians can do repairs, and rural banks are involved in disbursing loans.

For example, in a project in northern Ghana, local companies were engaged to sell solar home systems at subsidised prices. This project had several levels of supervision related to the funding bodies, coordinating government agencies, and a ministry. This built a group of actors who could design projects that suited people’s needs and enhanced ownership.

Making it work for rural communities

But my study also found threats to capacity building in the market approach. First was the short term of engagement for local actors. Usually, after only two years, grid electricity was extended to beneficiary communities, or the national utility took over mini-grid operations. Some people would abandon the renewable technology and this reduced the market for repair work.

The successful implementation of renewable energy projects in rural communities is a time-consuming process. It’s important to understand local contexts to ensure that the technology is appropriate, develop sale strategies and establish mechanisms for maintenance. Project implementers need time to comprehend user priorities, changing energy demand, energy-use behaviour, and income patterns. For example, some rural dwellers can make payments only after harvest seasons.

Short project timelines hamper the development of such local knowledge.

Another drawback of the market approach arises when projects wind up. The travel cost to remote communities is not affordable for local repair companies. And rural users tend to abandon solar home systems, rightly believing that grid electricity can power high voltage appliances and meet their increasing energy demand.

Flexible renewable energy systems (such as mini-grids) are sensitive to irregular income patterns because users can disconnect and reconnect when funds are available throughout a project’s lifespan.

In contrast, the Apex Bank solar project revealed that fixed systems, even at subsidised prices, are often beyond the purchasing power of the rural poor. In any case, local companies tend to sell systems in relatively affluent rural communities to meet targets and pay back loans. Fixed systems don’t cater for increasing energy needs, either, and can break when misused.

Choosing for the long term

For market-driven approaches to be inclusive, it’s critical to choose the right technology. Moreover, it must meet the needs of the rural poor long after projects have been implemented.

Appropriate rural electrification policies have a crucial role in making these projects inclusive. Policies should support flexibility in meeting a wide range of energy demands. They should also create an environment for the long-term use of technologies.