by Doctor Mahlaule
in Lifestyle, News 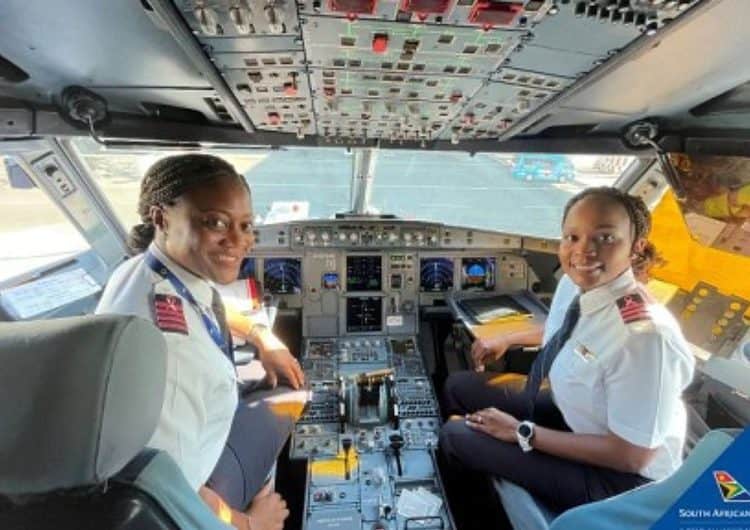 Two SAA female pilots take a picture together in a plane. Photo via Twitter: @BreakingMzanzi

Annabel Vundla (42) and first officer Refilwe Moreetsi (35) were announced during a press briefing at Cape Town International Airport on Tuesday.

Captain Vundla is SAA’s first black African female captain and First Officer Moreetsi is not only a seasoned and experienced pilot, but also the first Black African management pilot, as she is also responsible for Fatigue Risk Management at the airline.

“South Africans can feel proud of a national carrier that is truly represented of our diversity and we celebrate that. SAA is a non-discriminatory, non-racial, equal opportunities employer with a strategic transformational role.

“This is a milestone in the transformation of our national carrier. The airline continues to show leadership in transforming the aviation sector and overcoming inequalities in scarce skills and employment opportunities,” says SAA Chairperson and Chief Executive Officer Professor John Lamola.

Vundla said it hasn’t been easy but it’s worth all the hard work.

Moreetsi encouraged young girls to continue persevering: “My message to young girls is that your dreams are valid. If this is a career you would like to follow, it is possible. Your gender race is not a barrier.

Meanwhile, airlines in South Africa are rushing to upsize their fleets amid a capacity shortage. Additional seats will make flights more affordable, but misjudging demand could be very costly.

There aren’t enough available aircraft seats to meet South Africa’s demand for domestic travel. This supply shortage has made air fares more volatile and finding a seat at short notice is extremely expensive.