State must provide court with reports every six months with details of steps taken to eradicate pit toilets. 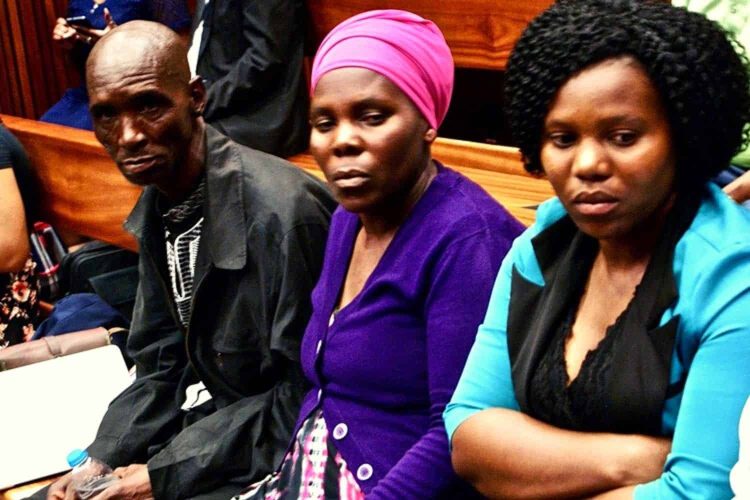 After seven years of mourning and fighting the family have finally won the court case for their son’s drowning.

The Limpopo High Court handed down judgment in favour of the Komape family on Friday, with an order compelling the provincial administration to provide, within 90 days, a detailed list of all schools in the province with pit toilets along with plans to eradicate these.

The defendants in the case — the Limpopo Department of Education (LDOE) and the Department of Basic Education (DBE) — have also been ordered to show how the funds for this programme will be sourced, and to explain what interim measures will be implemented “to address schools’ urgent sanitation needs and immediate safety risks pending the delivery of permanent sanitation measures”.

Michael Komape was five years old when he drowned in a pit toilet at Mahlodumela Primacy School in Chebeng Village, outside Polokwane, on 20 January 2014. The case has attracted international notoriety, and thrown a spotlight on the LDOE and the use of pit toilets in some 1,500 schools across the province. Read the judgment

“The judgment is a vindication of the rights of learners in Limpopo to safe and dignified sanitation. It follows a six-year legal battle to ensure that the Limpopo Department of Education and the Department of Basic Education eradicates pit toilets in that province,” says SECTION27 in a statement.

The case was first heard in the Limpopo High Court in 2017. The Komape family initially lost its claim for damages in the Limpopo court, but this was overturned in the Supreme Court of Appeal in 2019 when the family was awarded R1.4 million.

The second part of the 2017 case dealt with the family’s request for a structural order directing the DBE and LDOE to supply each school in Limpopo with safe and dignified toilets. In 2018, the Limpopo High Court ordered the state to conduct a comprehensive audit of sanitation needs – detailing the names and locations of all schools with pit toilets in the province – and provide a comprehensive plan for the installation of new toilets. Since the structural order, the LDOE and DBE have filed two affidavits with the court – on 31 August 2018 and 12 May 2020.

The LDOE and DBE proposed replacing pit toilets at 1,498 schools in the province over a period of 14 years, which the Limpopo High Court found was unduly long.

SECTION27 returned to the High Court on 6 August 2021 seeking an order declaring that the LDOE and DBE’s plans were unconstitutional and in breach of the structural order. It asked the court to direct the Member of the Executive Council in the Limpopo Department of Education to remedy the shortcomings of the plan to ensure that it is constitutionally compliant. It also asked the court to supervise the updated plan and its implementation.

In reaching his decision, the judge relied on a judgment in another case, Government of the Republic of SA and Others v Grootboom and Others, which dealt with access to adequate housing and was tasked with finding a way to achieve the progressive realisation of that right, including whether public money could be better spent in the pursuit of these rights.

While SECTION27 argued for the creation of a special task team to implement the structural order, the court said such a step was not warranted at the moment. “The defendants must be given the opportunity [to] put up a revised plan which meets the test of reasonableness,” reads the judgment. While financial constraints are a fact of life, “adequate financial provision should be put in place to address the plight of the learners in schools with pit toilets.”

The state is to provide the court with reports every six months with details of steps taken to implement the revised plan.

“We are delighted that the court has recognised the urgent need to eradicate pit toilets in our schools and directed the DBE and LDOE to fulfil the constitutional rights of learners to safe and dignified sanitation,” said Faranaaz Veriava, head of the education rights programme at SECTION27.