South Africa’s employment tax incentive is not a success story

South Africa has one of the highest unemployment rates in the world. This was true even before unemployment increased as a result of the global financial crisis in 2008. And before COVID-19. 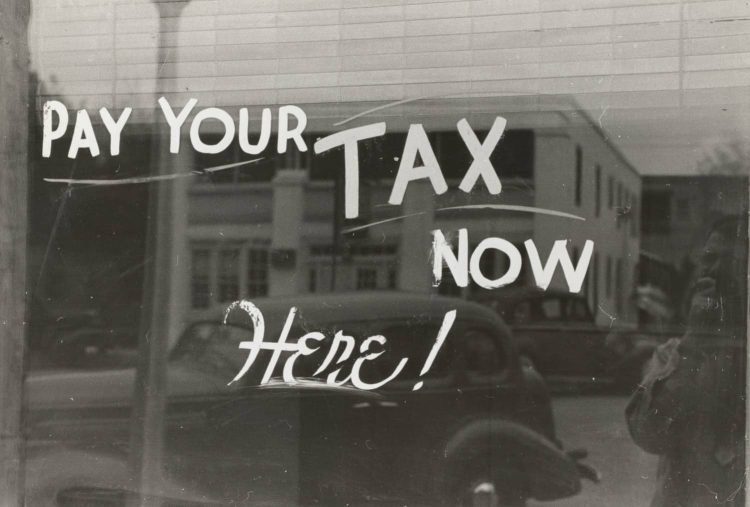 Photo by The New York Public Library on Unsplash

South Africa has one of the highest unemployment rates in the world. This was true even before unemployment increased as a result of the global financial crisis in 2008. And before COVID-19.

The country’s youth unemployment rate is even higher than the average. The (youth) employment tax incentive was supposed to help in addressing the problem. The incentive was adopted by Parliament in 2013 and came into effect in 2014. The original incentive offered to reduce the tax bill of firms that employed new workers between the ages of 18 and 29 who earned below R6,000 per month (US$400). The idea was that reducing the effective cost of hiring young workers, by subsidising up to 50% of their salary, would lead to firms creating more jobs for this group.

The policy was renewed in 2016 for another three years. And in 2018, shortly after Cyril Ramaphosa became president, it was extended for a further 10. The higher age limit was raised to 35. And it was made applicable to all new employees of firms operating in ‘special economic zones’ regardless of age. There are currently 11 formally designated such zones.

The adoption and implementation of the policy has been cited as a success story in two respects. Firstly, as a triumph of evidence in public policy formulation. Secondly, as an effective approach to reducing unemployment that should be expanded.

In a recently published paper I argue that the first claim is false and the second claim is not supported by existing evidence.

The analysis suggests that the decisions to adopt, extend and expand the policy were based on misrepresentations of the evidence available at the time. This was accompanied by concealing or downplaying the possible weaknesses and risks of the policy.

On top of this, the currently available evidence does not convincingly show any substantial effect on job creation. That means the incentive is effectively a subsidy to the profits of companies, so it’s increasing societal inequality rather than reducing it.

The idea that reducing wages might increase employment seems fairly obvious. But it faces a number of serious challenges.

A lot has to do with the structure of the economy. If most unemployment in the country is ‘structural’ – which it is in South Africa – then simply reducing the direct cost of labour may have little effect.

Structural factors include many of the legacies of apartheid and colonialism:

Historically, those who have favoured wage subsidies tend to one of two positions. They either downplay such factors and instead emphasise the role of trade unions in pushing up wages. Or they argue that a subsidy can offset the negative effects of structural factors on firms’ employment decisions.

While such debates have been happening for decades, the current employment tax incentive emerged from the work of a group of American economists appointed by then-president Thabo Mbeki to advise on economic growth. Their final report in 2008 endorsed the idea of a youth wage subsidy in the form of a voucher of fixed value for all youth 18 and older that would subsidise their wage at any employer, on the condition that employers be allowed to fire such workers without having to provide reasons.

One panel member elaborated on that idea and then partnered with a group of researchers at the University of the Witwatersrand to test a version of it with an experiment funded mostly by the International Initiative for Impact Evaluation (known as ‘3ie’).

Experiments of this kind have been claimed by some influential economists to be the most credible form of evidence there is for policymaking, but that claim is vulnerable to a range of criticisms.

The basic purpose of the wage subsidy experiment was to estimate how responsive employment was to a subsidy. Whether such a policy is cost-effective depends on how many new jobs are created because of the money spent.

As far back as 2008, the then Finance Minister, Trevor Manuel, had already endorsed the idea of a youth wage subsidy based on the panel’s report. In 2011 the National Treasury produced a lengthy policy document which also endorsed the basic idea. It projected that 178,000 new jobs would be created over three years at a cost of R5billion.

The problem with the Treasury’s work, and subsequent academic modelling, was that to make such forecasts it had to assume the answer to the fundamental question: how employment responds to a subsidy. In the face of opposition to the policy from trade unions in particular, government endorsed the idea of an experiment to test this assumption.

In the lead-up to the decision on the policy proposal by Parliament in 2013 the lead researcher behind the experiment claimed in the press that it had shown the subsidy would be a success:

If a wage subsidy similar in size to the one tested is introduced … about 88,000 new jobs would be created a year.

And the National Treasury referenced the positive results in the 2013 Budget Review.

What the evidence really says

A close analysis of the experiment and its findings shows that the study did not provide evidence that supported the wage subsidy.

Besides many other limitations, the experimental intervention was very different from the incentive and its main findings could just as easily have been the result of factors other than job creation. The nature of the relationship between the researchers and the Treasury, reflected in the researchers’ ‘policy influence plan’, suggested a shared desire to justify the policy proposal, rather than an objective effort to ascertain whether it would work.

And the study has never been published in any peer-reviewed outlet. All of which contradicts claims that the intervention demonstrates the value of randomised policy experiments in developing countries.

The process to review the policy in 2016 was also deeply flawed. Again, studies that had been done in collaboration with the Treasury were cited as showing that the policy was a success. But, again, these were not published for scrutiny before Parliament took its decision.

Since 1994 ANC governments have stated their ambition to position South Africa as a ‘developmental state’, including in the National Development Plan. One of the critical characteristics of such states elsewhere is their ability to learn from mistakes, which includes a willingness to scrap failed or ineffective policies.

Such an approach should apply to the wage subsidy policy. Instead of reducing unemployment the policy appears to be serving as a costly subsidy to already-profitable firms for employees they would have hired anyway. If the real priority is addressing unemployment and the government is serious about being a successful developmental state, the policy should be ended and the resources directed elsewhere.

What is happening in 7de Laan this October: See the Soapie Teasers here!