Stereotypes about young jobless South Africans are wrong: what they’re really up to

South Africa has one of the highest youth unemployment rates in the world. A whopping 63% of its young people between the ages of 15 and 24 years are jobless. 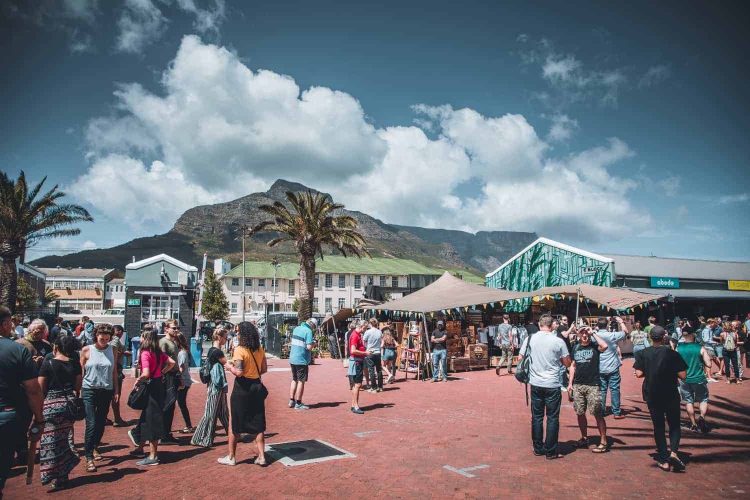 Photo by Sebastian Canaves on Unsplash

South Africa has one of the highest youth unemployment rates in the world. A whopping 63% of its young people between the ages of 15 and 24 years are jobless. A large proportion of these young people have never worked in the formal economy.

The media frequently portray young people excluded from wage work as inactive, aimless and alienated from mainstream society. This image feeds into fears of crime, violence and social unrest in which people who are jobless are cast as a “ticking time bomb” that poses a threat to a country’s stability.

But this is a very misleading characterisation. Most analyses of unemployed youth fail to grapple with the reality that unemployment in the sense of “doing nothing” is not a feasible option for most young people.

As research in many parts of Africa, including Kenya, Ethiopia and Zimbabwe, has shown, unemployed young people use a wide range of economic strategies and practices to acquire an income.

I conducted research in Zandspruit informal settlement, north of Johannesburg, in 2015 and 2016, on the lives, livelihoods and struggles of mostly young men who were either unemployed or marginally employed. It included life and work history interviews with 37 young people, a survey of 100 young people and a mapping exercise of the local economy, including semi-structured interviews with 40 local business owners.

My study showed that many unemployed young people are engaged in a variety of economic activities. Many of these are not necessarily recorded as a form of self employment or informal employment, but they consume a large part of young people’s lives.

I found that livelihoods included running car wash ventures, fixing people’s cars as informal mechanics, and renting back rooms or shacks. Other activities included wiring illegal electricity connections for a fee and street-side gambling. They also acquired sponsorship from NGOs and local politicians to support local initiatives and community based organisations that helped local youth access educational and economic opportunities.

These livelihood strategies rarely constituted a formalised business or enterprise. Many young people in Zandspruit combined short stints in the formal economy with forms of “hustling” and self-employment.

In many instances, informal livelihoods were taken up because of the loss of a job or the failure to find one. There was also evidence of young men rejecting jobs in some of the low-paying sectors, in favour of self employment in the informal economy.

This not only reflects a desire for greater social autonomy and social power – something that low end wage employment denied them. It also shows the importance of investing in highly localised relationships in a time of generalised precariousness.

These informal livelihoods are embedded in networks and social relations that are critical to young people surviving unemployment.

Take a car wash business for example. While often analysed as a standalone business or enterprise, my research highlighted how it also operates as a connecting point for a dense web of social relations that underpin and connect various informal enterprises. These included the taxi industry (drivers and washers), informal mechanics, a chesanyama (barbecue joint) and the local drug trade.

A car wash also provides a space where young men (most of whom also make a living informally) can gather to socialise and pass time. These social relationships are a critical part of young men gaining leverage within a particular niche of the local economy. They also serve as a critical source of male sociality and mutual aid that one young man described as “communal living”.

The relationship between the young men who gather at car wash stands to pass time and “hustle” a living are premised on an understanding of “flexible reciprocity”, whereby those who currently have money, or are employed in some form, help those who are without. These networks of support offered an informal kind of “insurance”, as one of my interlocutors put it, but also social relations that provided alternative avenues to earn an income. As Sandile, aged 27, explained:

There is a big communal living. You are not going to starve when you have friends.

The social embeddedness of informal work is a double-edged sword. On the one hand, these relations of interdependence are a critical source of support and solidarity. On the other hand, the relations are embedded within complex power dynamics that can reproduce forms of social differentiation and inequality.

They also require informal entrepreneurs to invest so much in personal relationships, fees and protection that many are left with little money to invest in improving their business.

Given the failure of the formal economy to produce enough jobs, policy makers and governments often present self employment in the informal economy as the solution to youth unemployment.

For instance, the provincial government of Gauteng, the country’s economic hub, has identified the mostly informal “township economy” as key to tackling unemployment and promoting entrepreneurship.

Townships are historically black urban residential areas. They are mostly characterised by underdevelopment and high levels of poverty.

The renewed interest in the “township economy” is important considering the extent of unemployment, poverty and the damaging legacy of township marginalisation under apartheid. Townships were seen as labour dormitories for white businesses in towns and suburbs, and not intended to have their own viable economies.

But the government’s interest in township economies as the generators of jobs, entrepreneurship and “socially inclusive wealth” is woefully out of sync with the reality of most township enterprises. They are too small to offer an escape from poverty.

While the idea of entrepreneurship is gaining traction among young people, research suggests that only a small number see it as a viable livelihood and something to strive towards.

The majority have a strong preference for stable formal sector jobs, which they associate with economic stability and social mobility.

The growing insecurity of jobs in the formal economy highlights the urgency of stronger social protection and income support for young people.

US lawmakers are taking a massive swipe at big tech. If it lands, the impact will be felt globally