Government wants Miss SA to boycott Israel due to accusations regarding Israel committing "atrocities" to Palestinians. 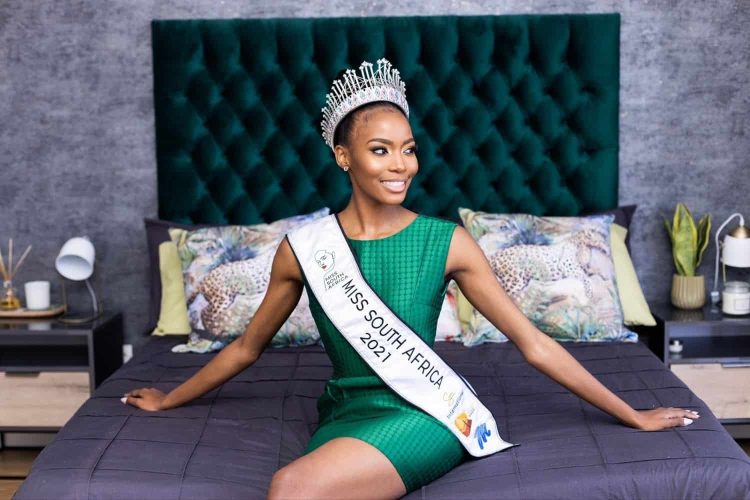 Support is withdrawn from Miss SA pageant due to Miss Universe being held in Israel. Image: Twitter @Lalela_lali

The South African government has made the decision to withdraw support for the Miss SA pageant after failing to convince organisers to pull out of the Miss Universe pageant. The latter is to be held in Israel in December.

Government believes boycotting Israel would be best for Miss SA

The withdrawal came after talks between the Department of Sports, Arts and Culture and the pageant’s organisers. And in a statement released on Sunday, the Department announced that it would no longer be in support of the pageant due to Miss SA organisers’ “intransigence and disregard”.

Lalela Mswane, Miss SA 2021, will be representing the country at the Miss Universe pageant on December 13th in Eilat, Israel. However, the government strongly advises against it.

“The atrocities committed by Israel against Palestinians are well documented and government, as the legitimate representative of the people of South Africa, cannot in good conscience associate itself with such,” the government said in a statement.

In the statement, the department added that it understands the impact it would have on Mswane if she were to withdraw, however, the reasons for withdrawal far outweighs individual interests.

The Minister of Sport, Arts and Culture, Nathi Mthethwa said:

“If anything, by withdrawing, Miss South Africa’s reputation and overall standing will be far more advanced in South Africa and internationally in comparison to a once-off event that can prove disastrous to her future and public standing as a young, black woman.”

After coming to terms that the Miss SA organisers could not be convinced, Minister Mthethwa still hopes that Mswane will use her “common sense”.

“But even so, we still hope some common sense will prevail in the interest of the reigning queen, Lalela Mswane, and we remain open for discussions in that regard,” he said.

Earlier in the week, Miss SA stated that the pageants are not a politically inspired event. And Stephanie Weil, Miss SA Organisation CEO stated that Mswane will be a role model to young women.

“Anyone who wants to rob Lalela of her moment in the spotlight is unkind and short-sighted. She is the shining beacon for young women everywhere, showing them that being beautiful while being clever and educated is very possible.”

South Africa’s health system is on its knees: the budget offers no relief