Between 2019/20 and 2021/22, over R695 million was paid to CDP contractors for sub-standard work for Free State roads, signed off my unqualified engineers. 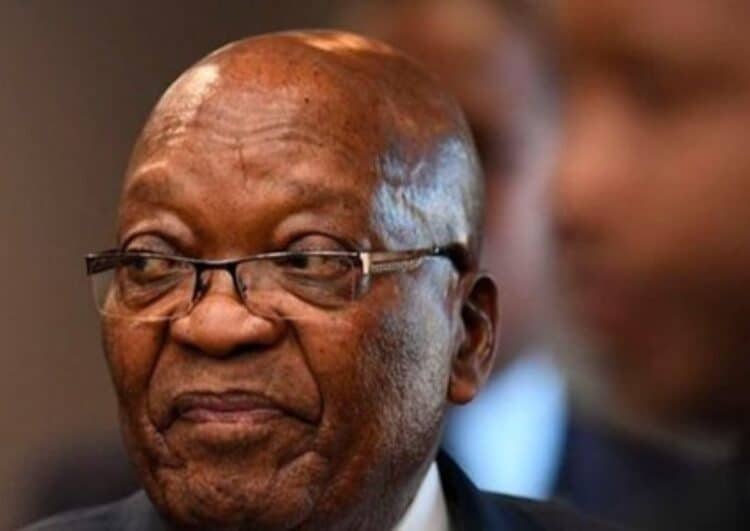 A company which used government money from the Free State government to fund the Jacob Zuma Foundation has allegedly secured tenders worth R76 million. Photo via Twitter: @ntvkenya

A company involved in financial flows which saw money from Free State government end up in Jacob Zuma Foundation’s coffer, has secured more tenders worth R76 million from the provincial administration.

In the 2021-2022 financial year, “no expenditure was incurred for remuneration during 2021-2022 because no services were rendered due to the fact that the contract agreement lapsed on 31 March 2021,” read Mbalula’s response.

DA MP George Michalakis questioned the competence of the CDP road contractors in the Free State.

“Between the 2019-2020 and 2021-2022 financial years, over R695 million was paid to CDP contractors for sub-standard work for Free State roads, signed off by unqualified engineers employed by the provincial roads development,” Michalakis said.

“This is another example of how the African National Congress and its cadres have captured the Free State at the expense of both the local economy and human lives on our provincial roads.

“The DA will compile all the evidence with the intention of referring it to law enforcement agencies for possible criminal investigation.”

In the first part of its report, the commission referred to the evidence of a protected witness Mr X, who testified about a scheme where he received money from the bank account of Thalente Myeni, son of former South African Airways (SAA) board chairperson Dudu Myeni, even though he had no business relationship with the latter.