The respondent must surrender and deliver his certificate of enrolment as a legal practitioner to the registrar of this court. 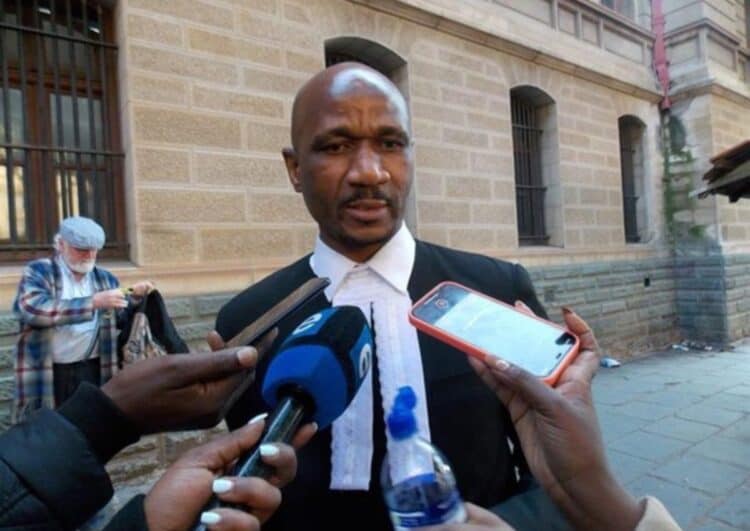 Former defence counsel for the four accused in the Senzo Meyiwa trial Advocate Malesela Teffo has been struck a massive blow after he was struck from the Roll of Legal Practitioners.

An application by the Legal Practice Council (LPC) to have Teffo- who was admitted as an advocate in 2009-barred from practicing law was successful, with the Pretoria High Court delivering its ruling on Friday.

“The respondent must surrender and deliver his certificate of enrolment as a legal practitioner to the registrar of this court,” she said.

This severe punishment comes after the Legal Press Council said it has received 22 complaints about Teffo’s behaviour between 2019 and 2021. What followed was an application filed in the Pretoria High Court asking for his suspension.

During the Senzo Meyiwa trial, which started in April, Teffo’s outrageous comments trended on social media. He told the court that “the situation is f*ucked up”; he accused Judge Tshifhiwa Maumela of practising witchcraft; and has even gone as far as accusing President Cyril Ramaphosa of intimidating him. Teffo did not provide proof of his claims and the presidency dismissed the accusations saying they are baseless.

Teffo’s antics in court in recent months have been well documented, as he was the legal representative of four of the five men accused of killing Meyiwa.

During trial, Teffo not only used foul language in court his accusation of the Judge being involved in witchcraft was one of the incidents the LPC used in its application to have Teffo struck from the roll.