The eruption of Mount Nyiragongo: its health effects will be felt for a long time

Volcanic eruptions can cause catastrophic destruction. They are responsible for human casualties, infrastructural devastation and can pollute the environment for thousands of kilometers around the eruption sites. 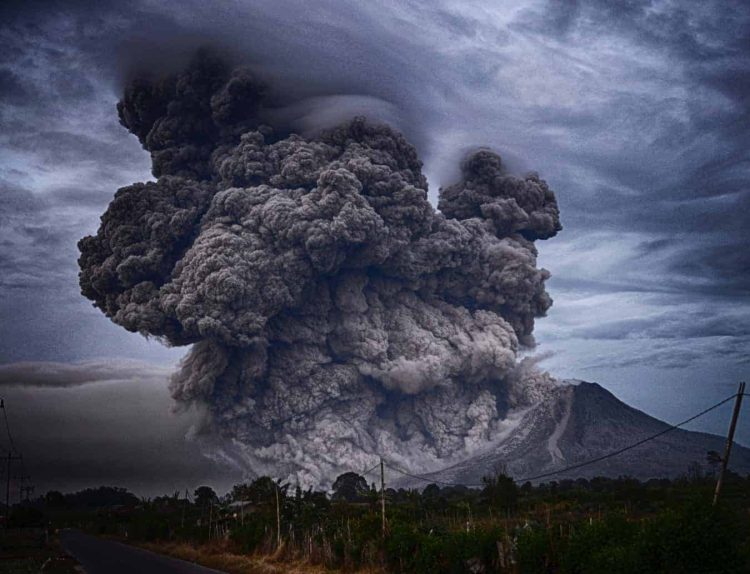 Photo by Yosh Ginsu on Unsplash

The eruption of Mount Nyiragongo, an active volcano in the Democratic Republic of the Congo (DRC), led to the deaths of at least 30 people. There could however be longer term health implications for residents of the area. Patrick DMC Katoto, who has studied the health effects of volcanoes in the DRC, provides insights into the health risks that a volcanic eruption brings.

What are the main health concerns for communities?

Volcanic eruptions can cause catastrophic destruction. They are responsible for human casualties, infrastructural devastation and can pollute the environment for thousands of kilometers around the eruption sites.

There are various attributes that a volcano has that makes it dangerous to human health. During the eruption, lava, gas and volcanic ash are released. The eruption can also cause, or lead to, earth tremors and quakes.

The hot lava that erupts from a volcano is lethal. It can move fast and directly cause death or injury. It can also destroy homes and other important structures including electricity and petrol stations (risking massive explosions) and water tanks.

Nyiragongo is considered one of the most dangerous volcanoes in the world because of its particularly fast-moving lava. It can flow at a speed of about 100km per hour. It’s reported that, in this recent eruption, about 30 people died when more than 500 houses were flattened by the lava flow. Because of the devastation, there could be mental health challenges for the people affected.

Volcanic ash – composed of tiny particles of rocks, minerals, and volcanic glass – is a major health concern. When inhaled it can cause lung damage, for instance one long-term effect of volcanic ash is silicosis a disease that can cause lung impairment and scarring. Inhaling volcanic ash can also cause suffocation, leading to death.

In addition, volcanic ash contains strong acids, such as hydrogen fluoride and hydrochloric acid. In small concentrations they can cause skin irritation and eye problems.

If the volcanic ash were to land in natural water sources, it would deposit toxic minerals. If ingested these can cause neurological disorders.

Ash can also trap toxic gases in the atmosphere, such as carbon dioxide and fluorine. This can affect crops or lead to animal and human illness or death.

Alongside the ash and lava, volcanic eruptions release toxic gases.

Mount Nyiragongo is one of the most prolific sources of sulphur dioxide on earth. Since September 2002, this volcano has had a permanent lava lake which persistently releases a plume of gases rich in sulphur dioxide and carbon. It therefore produces suplhur dioxide during and after eruption.

Sulphur dioxide can irritate the skin and the tissues and mucous membranes of the eyes, nose, and throat. It can also aggravate chronic conditions including asthma and cardiovascular diseases.

Aside from the risk of potential building collapses, there’s concern that these tremors could affect Lake Kivu, just 12km away, which has large amounts of methane and carbon dioxide dissolved in its deep waters. If disturbed they could come to the surface and erupt. The explosion could be catastrophic to surrounding communities. The gas that’s released would also be toxic and could cause suffocation.

It’s important to bear in mind that some health issues won’t be directly related to the volcano, but can arise because of the event.

For instance, water treatment structures have been damaged. It’s estimated that over 500,000 people in Goma have been left without access to clean drinking water. This could lead to outbreaks of water-borne illness, such as cholera.

How long do these health concerns last?

We recently published a study on the effects of continuous exposure to sulphur dioxide among people living in Goma. Our data covered a 10 year period and was collected from health centres around the Nyiragongo and Nyamulagira volcanoes. We found clear evidence between the increased incidence of acute respiratory symptoms following eruptions, particularly in areas near volcanoes (26km) up to six months following the eruption.

This shows that ongoing exposure to harmful gas and particles in the air could continue to affect residents months after the event.

Returning to normal will take a long time. The eruption has happened in a place which already faces a humanitarian crises with a high rate of violence in the region. In addition to this, the health system is already fragile. It’s had to battle a recent Ebola virus outbreak and is now grappling to deal with the COVID-19 pandemic.

Returning to normal will necessitate a global and coordinated response in which humanitarians, other states and the DRC combine efforts.

What actions must policymakers take to protect people?

In terms of immediate steps, policymakers should put their efforts into the provision of emergency food supplies and chlorinated water. They should also prepare for the outbreak of diseases, such as cholera by putting in place a health surveillance system in health centres and shelters. This surveillance should also capture respiratory diseases and all COVID-19 related symptoms.

In addition, there must be services on hand to support the mental health of those affected by the eruption.

To protect themselves from ash, a well-fitting, industry-certified facemask – such as an N95 mask – will provide some respiratory protection. Surgical masks (although effective in the fight against COVID-19 infection) protect little against the particles present in volcano fumes, but it’s better than nothing.

A real time monitoring system for ash and gases is needed to track air quality. Unfortunately, there isn’t much people can do protect themselves aside from moving away – especially children, elders and people with asthma. If possible, people must stay inside a well-insulated house (doors and windows closed) or wear a gas mask (rarely available) outdoors. This will be an additional health challenge given the current COVID-19 pandemic if not well addressed.

Jonathan Koko Byamungu, from the Department of Chemical Engineering at the University of KwaZulu Natal, contributed to this interview.

Carbon dioxide lasts for centuries – so should carbon offsets