The impact of COVID-19 on black farmers in South Africa

COVID-19 and the government interventions to respond to the pandemic had overwhelmingly negatively affected the farmers. 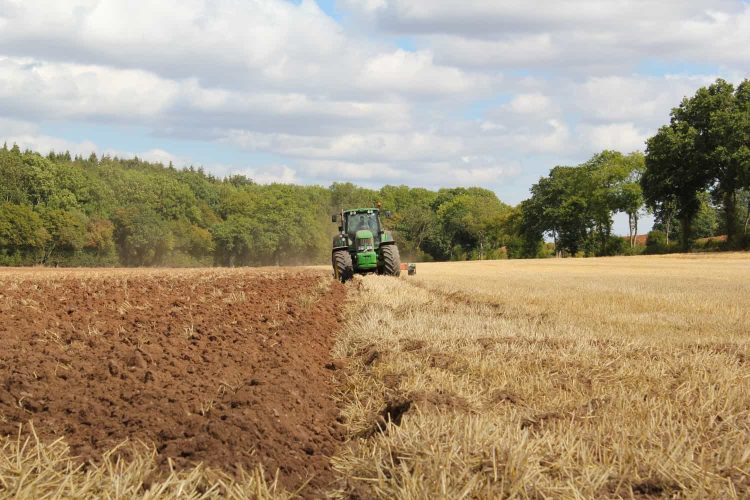 Photo by Richard Bell on Unsplash

The COVID-19 pandemic is continuing to disrupt societies. In South Africa it has caused millions to lose jobs and incomes. At the same time food prices have been going up, leaving more people food insecure. But the agricultural sector has also recorded bumper harvests and increased exports, creating an impression that farmers may be benefiting.

In my recent research paper I looked at the experiences of black fresh produce farmers in the country since the outbreak COVID-19 and the government’s responses.

The agricultural sector in South Africa continues to be dominated by a small number of large, still mostly white owned, farms and increasingly also by large agribusiness corporations. The limited role of black farmers is a result of years of land dispossession under apartheid and the failure of post-apartheid reforms to bring substantial change. It is estimated that just 7,000 farmers (almost all white) account for over 80% of the value of agricultural production, while around 2 million black households are involved in agriculture on small pieces of land without access to markets.

Giving particular attention to black farmers is, therefore, essential to address the continued high levels of wealth and race based inequalities. In addition, an approach to food production and distribution that is based on a granular understanding of black farmers and the networks they are part of is crucial given the urgent need for more black farmers to succeed in South Africa as part of the transformation of the agricultural sector.

My research provides a view of how market orientated black small- and medium-scale fresh produce farmers have been faring during the COVID-19 pandemic. The article was informed by in-depth field research with 40 farmers from October 2020 to June 2021. It is part of a three country study of the impact of COVID-19 on food systems.

While the focus was on farmers, taking a food system approach led the study to also consider input supplies, markets and the wider society. Of particular importance is the impact on food and nutrition security, livelihoods within the food system, and the wider challenges of inequality and poverty.

Baseline information gathered on these farmers revealed important information about their operations pre-COVID-19.

Most of the farmers sold their produce to street or bakkie (pickup trucks) traders. They attested to these being the most important markets due to the good prices received in cash and normally with no transport costs to the farmer.

The next most important market type was the municipal fresh produce markets. Despite the transport costs and other constraints, even small-scale farmers from distant rural areas used these markets. Twelve of the farmers also sold to supermarket groups, mostly through arrangements with local branches.

The importance of communal land for black farmers was confirmed with 23 of the farmers relying on communal land and only five having private land they owned.

Eleven of the farmers were having to use land that they had no long-term security on, through arrangements such as short-term leases.

COVID-19 and the government interventions to respond to the pandemic had overwhelmingly negatively affected the farmers. Most experienced reduced demand as well as lower prices for their produce.

On the production side most had to contend with disruptions that included increased input prices, lack of access to some inputs, challenges to labour availability, and transport disruptions.

The results were reductions in income for 29 of the farmers with 21 reducing their volume of production. This led to job losses and six who completely stopped production at least temporarily.

The COVID-19 related effects acted in combination with the other vulnerabilities, challenges and shocks farmers already faced. Most lacked financial reserves, secure land rights and support structures that they could rely on to weather the storm.

Some farmers who had targeted niche high value markets, such as restaurants and hotels, lost these outlets. Others selling locally were negatively affected by the reduced buying power in poorer communities which bore the brunt of the economic crisis.

Weather events, such as cold spells and floods, damaged crops and the various COVID-19 challenges made it harder for some to cope.

The farmers made various adjustments to cope with the situation.

Seven shifted to more local markets, such as selling to street traders and direct selling in their communities. This confirmed the importance of these markets – often referred to as “informal” – even when many had lost jobs and incomes in the communities served.

Significantly, especially in such a crisis situation, these forms of local market are also making fresh produce more accessible by selling at prices far below those of formal retail outlets. They also sell in small and flexible quantities that match people’s limited purchasing power and needs.

A number of farmers diversified their crops. Others reduced dependence on bought inputs by using more locally acquired manure and producing their own seedlings.

Important for greater resilience is having a diversity of crops and markets with less reliance on expensive inputs. This can be achieved through low external input agro-ecological production practices combined with enabling the existing local (“informal”) markets.

Land access and rights for productive farmers also has to be improved. The starting point should be to build on the successful practices of black farmers who are improving food accessibility and creating more economic opportunities and livelihoods.

The nature of farming makes it difficult to quickly change things like the crops grown in response to a crisis. This is one of the reasons why consistent government support for the sector is needed. Government must avert the danger of COVID-19 reinforcing existing inequalities in the sector.

Balls of Caramel, Cream and Vanilla Cake Rolled in Coconut