The Robben Island Museum was started in the early 1990s as South Africa achieved political freedom and was setting out to reinvent itself. It was a highly symbolic part of the once-in-generation process of national rebirth. 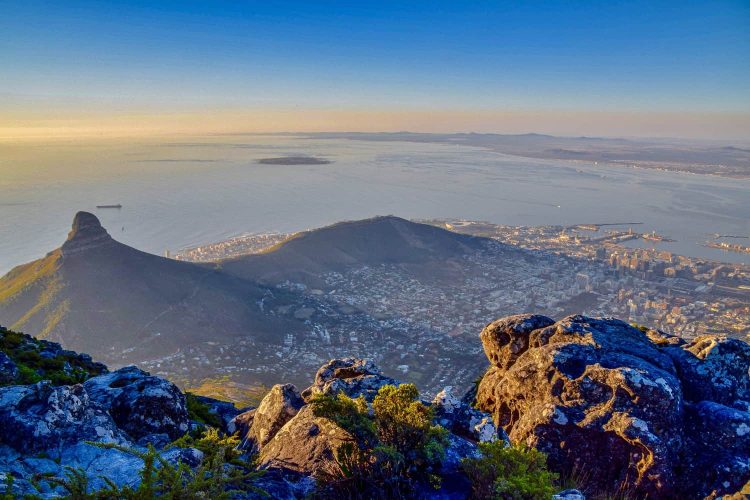 Photo by Tom Podmore on Unsplash

South Africa’s Robben Island Museum is an institution limping though a pandemic, and weighed down by its roller coaster history.

In our book, Robben Island Rainbow Dreams which will be published on 24 September, we map out the making and breaking of an institution, with hard lessons and truths about the early years. We hope our insights can be some use to the future of the museum. And more broadly to the country.

For almost the entire span of 342 years of colonial conquest in South Africa, including the 46 years of formal apartheid, the island was a place of banishment, exile, imprisonment and pain. It became known for its institutional brutality. A hell hole, like other notorious prison islands such as Senegal’s slave island of Gorée.

At its height as a political prison in the 1980s Oliver Tambo, who guided the ANC through the 30 years of its exile, commented that

{t}he tragedy of Africa, in racial and political terms, {was} concentrated in the southern tip of the continent – in South Africa, Namibia, and, in a special sense, Robben Island.

Great historical figures have been banished to the island through the centuries. They include Autshumato and Krotoa, the first indigenous Africans to be banished to, and imprisoned on, Robben Island. In a very deep sense, Autshumato represents the first “symbol of the timelessness” of the banishment and imprisonment of the African freedom fighter in the struggle for freedom and liberation.

During British colonisation political prisoners included a long list of notables such as Langalibalele, king of the amaHlubi in KwaZulu-Natal.

The Robben Island Museum was started in the early 1990s as South Africa achieved political freedom and was setting out to reinvent itself. It was a highly symbolic part of the once-in-generation process of national rebirth.

The first democratic government decided that the island should be developed as a place of memory, learning and healing.

Capturing the spirit of the times, in the words of Ahmed Kathrada, politician and anti-apartheid activist who was imprisoned on the island, it was meant to represent

Opening the museum in September 1997, Nelson Mandela said in the colonial and apartheid past,

most people had little or no say in the depiction of their history in textbooks, libraries, or research institutions… Our museums and the heritage sector as a whole are being restructured.

The museum would forever remind South Africans that

today’s unity is a triumph over yesterday’s division and conflict.

In short, Robben Island Museum aspired to be part of the reconstruction and development of the national soul.

One of the purposes of this book is to contribute to a poorly developed institutional memory of the Robben Island Museum, and to provide an opportunity for black heritage workers and intellectuals to be published and to have their diverse voices heard.

There were no black managers in South African museums when the Robben Island Museum was being conceived. The role of the disenfranchised had been to be laboratory assistants, cleaners, security guard and the odd education officer.

The Robben Island Museum changed all that in terms of leadership, staff, operations, vision and partnerships.

It was a once in a lifetime experience. And a complex task. It involved running a 575-hectare piece of land in the middle of Table Bay – an area larger than the city centre of Cape Town – and attempting to open up and reimagine a place of banishment and pain, with its centuries-old, multi-layered history.

No one who was present will forget those first seminal moments. When we unlocked and threw open the prison doors on 1 January 1997, Day One. Or when Nelson Mandela welcomed in the new millennium with a candle in his cell.

In Rainbow Dreams, 22 of those who helped set up the first heritage institution after democracy convey something of what it meant to build a new kind of museum. They tell of the attempt to create an innovative learning institution and environment. They used multiple voices, new kinds of programming, capacity building, beneficial business models and a shared vision of the triumph of the human spirit.

Seeking to perpetuate the island’s legacy of being “The University” of the struggle, the Robben Island Museum encouraged reflective knowledge, robust debates and contestations. One of its four core essences was to be a place of critical debate and lifelong learning.

After five years the new museum began to emerge as a distinct feature of the heritage and cultural landscape in a country in transition. There had been some major achievements that put it on a platform for future growth. These included UNESCO World Heritage Site status and the transporting of one million visitors to the island.

In addition, the Robben Island Heritage Training Programme had been launched in tandem with local universities to prepare future heritage leaders. And ex-political prisoners had been respectfully engaged with through the Robben Island Memories Project.

But could the dream continue in such a heady way? Almost inevitably the answer was no.

Division and conflict set in. In 2002 there was a major rupture at the museum. This led to the resignation of the director and ushered in a period of organisational instability which changed the direction and character of the museum.

Shady office break-ins, home burglaries, telephone tapping, the improper use of information from stolen computers all became part of supposedly ‘high road’ attempts to save the island from corruption and mismanagement.

The institution became paralysed by toxic politics and intrigues with private commercial interests setting out to change a management that refused to do their bidding. The Robben Island Museum, we argue, became a pilot case for state capture.

In a chapter on “Curious Coincidences” connections are found with the corruption and abuse of state institutions that emerged a decade later.

The Robben Island Museum’s current vulnerability is part of a bigger crisis facing institutions and the delivery of basic services in South Africa. As in broader society, destructive behaviour and interventions – and dual authority systems – became part of the pattern of how things were run.

Compounding the problems at the museum have been long delays in the appointment of councils and permanent senior operational staff, resulting in leadership vacuums.

The case of Robben Island Museum has proved the validity of the saying that it takes a generation to build an institution and five minutes to break it down and that, once the damage has been done, it takes more than a few organograms and some fresh faces to rebuild what has been broken.

The unfulfilled mission of Robben Island Museum invites us to go back to the visions that led to its formation, this time acknowledging the changed context, and engaging with a new generation of imaginations, ideas, actions, loyalties and languages.

Acknowledgements to Noel Solani (Director of the Ditsong Museum of Cultural History in Pretoria) and Khwezi ka Mpumlwana (Director of Zenalia Consulting and co-founder of the Liberation Heritage Route initiative, which led to the first serial nomination of liberation heritage property for UNESCO’s World Heritage List), are co-editors of Robben Island Rainbow Dreams. All the editors worked at RIM in its early years, with Andre Odendaal being the first director.

Neo Lekgotla laga Ramoupi, Senior Lecturer & Head of History in the School of Education, University of the Witwatersrand and Andre Odendaal, Writer in residence Centre for Humanities Research and Honorary Professor in History and Heritage Studies, University of the Western Cape