To postpone, or not to postpone? South Africa’s local elections hang in the balance

Efforts are under way to postpone South Africa’s local government elections, set for October 2021, because of the COVID-19 pandemic. 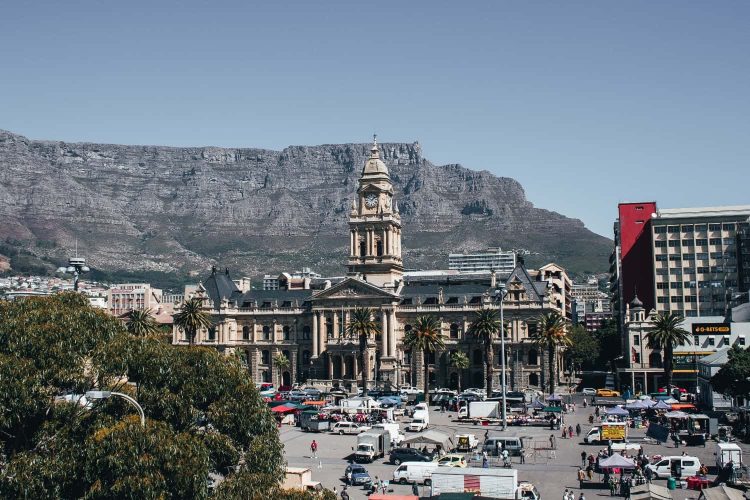 Photo by Leo Moko on Unsplash

Efforts are under way to postpone South Africa’s local government elections, set for October 2021, because of the COVID-19 pandemic. Elections in October would have ensured that the poll met the current constitutional requirement that local elections be held every five years, and within 90 days of the date of the previous municipal elections.

The problem is that the country’s constitution doesn’t pronounce on postponement of elections beyond the 90 days’ window period. Because of this, the electoral commission has asked the Constitutional Court to rule on the matter.

The electoral commission’s application to the Constitutional Court comes after it accepted the findings of an inquiry into the feasibility of the October elections being free and fair, amid challenges posed by the pandemic.

The inquiry found that it was unlikely that the elections would be free and fair because of the health risks posed by the COVID-19 pandemic, and the state of disaster regulations the government put in place to counter it. The inquiry recommended that the elections be postponed by four months, to no later than February 2022. It advised the electoral body to approach “a court of competent jurisdiction” to seek a postponement within the law.

The findings appear to be less about the impact of the pandemic on the voters, and more about how political parties will approach the election. Civil society organisations were not unanimous that postponement would be the best option. Political parties in general did not use the pandemic – and new party funding dispensation – as stimuli to modernise their activities.

No dramatic alternatives for the current health protection protocols (except vaccinations) were presented to improve personal safety during the election. It’s still not clear whether the situation will indeed be better in February. Another four months might not make such a difference.

The inquiry reached its decision after considering presentations made by interested parties.

Former Deputy Chief Justice Dikgang Moseneke, who chaired the inquiry, conceded that all the non-pharmaceutical interventions – including social distancing – were effective means of mitigating the risks. But, in his opinion, that was not enough and it would become acceptable to hold elections only once a higher number of voters had been inoculated against the SARS-CoV-2 virus.

The inquiry linked these health considerations to the constitutional requirement of the right to life, and bodily and psychological integrity.

Another consideration was the anticipated electoral dynamics. Uncertainty about the safety of public spaces, according to the inquiry, could result in a very low voter turnout.

Justice Moseneke indicated that he was also influenced by practices in other parts of the world. In the majority of cases, the elections were not postponed.

Another important consideration was the opinions of political parties about their ability to campaign during the pandemic. The parties were divided on this matter. The Democratic Alliance, the main opposition party, was in favour of continuing with the election. The Economic Freedom Fighters, the third largest party, was in favour of a postponement. Its main complaint was that it would not be able to campaign as usual. That means it would not be possible, for example, to hold large rallies and door-to-door canvassing.

The governing African National Congress’s position changed a number of times. It was initially more in favour of postponement, but after President Cyril Ramaphosa announced the election date of 27 October, the party supported its continuation. It adopted a pragmatic stance at the time of the inquiry.

The political parties’ focus was mainly on the campaign period and less on how a postponement would affect the voters.

In my view, arguing that the parties would not be able to campaign as they have done in the past is not convincing. Most sectors of society have made changes to the way they operate during the pandemic – many of them will become permanent.

Political parties must do the same.

A good illustration of this is how parties campaign. A number of avenues are now open to parties to canvas votes that offer alternatives to old-style knocking on doors and holding mass rallies. More than 90% of all households have a radio, and a very high percentage have access to cellphones, and can receive an SMS or other instant messages. And most households have a television set. Not to mention the huge potential provided by social media.

They create opportunities for new (low risk to exposure) forms of campaigning, and challenge the notion that only the old way of campaigning can produce a free and fair election.

The inquiry was also mandated to provide recommendations to the electoral commission for mitigating the risks of an election in February 2022. The recommendations focus on two areas: the campaigning period and the voting process.

For improving the campaigning process, it recommends that all the health protocols should be applied in all the different voting activities. In addition, more voter registration opportunities should be created, and the broadcasting authority ICASA should ensure more equitable access to broadcasting opportunities for all the parties.

The question is: do these recommendations suggest that major changes ought to be made before an election can take place, and that much more time is required for that?

The answer is most probably, no. Except in the case of more voter registration opportunities, it would be possible to implement all of these recommendations in time for elections to be held in October.

Who counts: voters or parties?

The public debate about possible postponement of the local government elections concentrates mainly on its potential negative impact on South Africa’s constitutional and democratic tradition.

That is an important aspect of the debate, but it should not be the only one. Political parties’ relationship with the public, and the preferences of the voters versus those of political parties, should also be included in the equation. Voters’ views appear to have not carried enough weight.

As it is, South Africans have shown less and less interest in local government elections. Their voter turnout is generally much lower than those of national and provincial elections. Most of the time it is around 50% – it was about 57% in the 2016 local elections.

Whether the next local election is postponed or not, a low voter turnout is again predictable. The onus is more on political parties to change the public opinion about the importance of local elections than on how the parties can campaign for this election.

Why COVID-19 vaccines should be mandatory in South Africa