The toddler is the third child to die after being attacked by pit bulls this month. 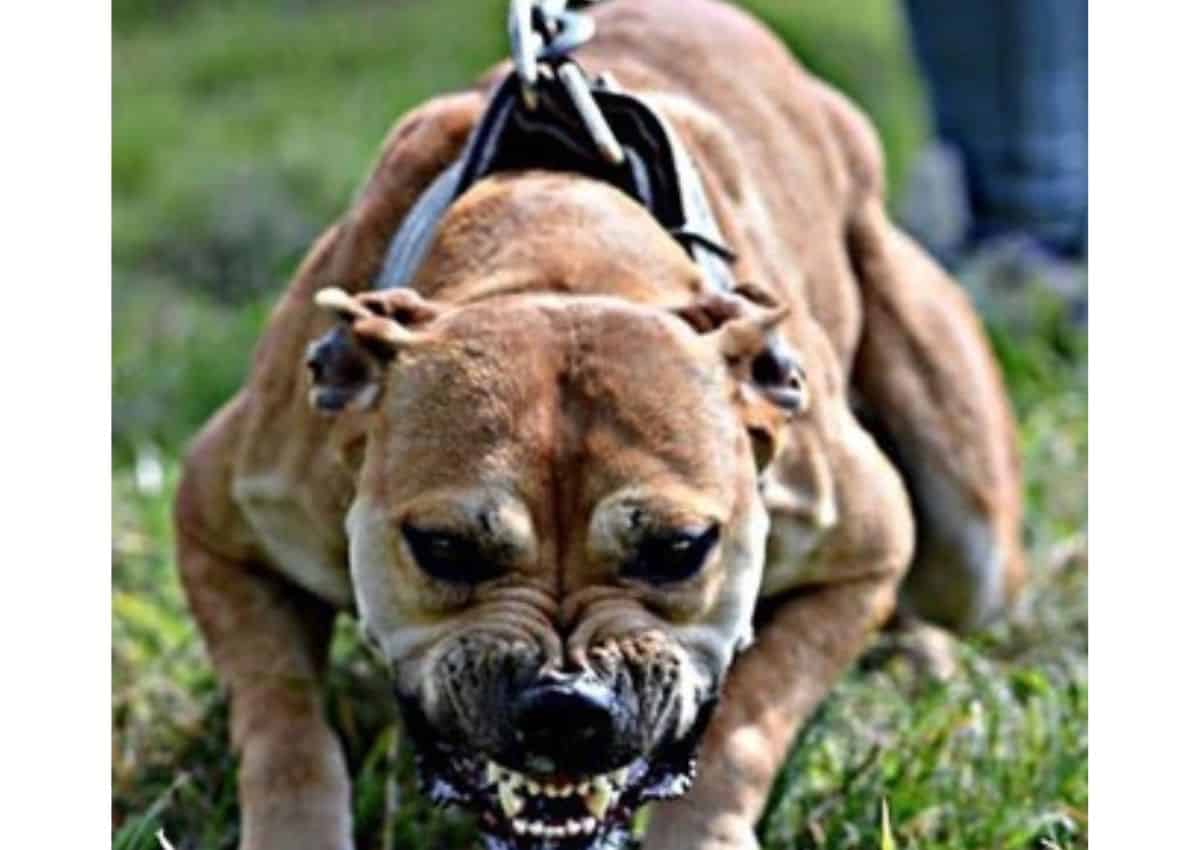 An aggressive pit bull tries to attack a person. Photo via Twitter: @Thuso1Africa

A 15-month-old boy (toddler) who was mauled by a pit bull in the Eastern Cape on Wednesday has succumbed to his injuries, police confirmed.

The incident took place at Gonubie Farm in East London on Wednesday.

The toddler was playing with a neighbour’s pit bull, when it spotted someone walking their dog nearby. The barking pit bull reportedly tried to escape the yard in an attempt to reach the passing dog, said Brigadier Tembinkosi Kinana, the police spokesperson.

“After failing to leave the yard, the pit bull is alleged to have returned to the child and bit him in the upper body. Subsequent to the incident, paramedics were called to transport the child to a nearby hospital, where he was reported to have succumbed to injuries sustained,” he said.

The police are investigating and the incident has been reported to the SPCA.

The toddler is the third child to die after being attacked by pit bulls this month.

On Sunday, three-year-old Keketso Saul was killed by a pit bull while playing in a neighbour’s yard.

The owner of the dog, 21-year-old Lebohang Pali, was arrested and charged with keeping dangerous dogs, in accordance with the Animals Amendment Act, OFM News reported.

Pali was granted R300 bail and was due to appear in court again on Wednesday morning.

“Sowetan Live” reported that two Mpumalanga siblings, 2 and 14 years old, were attacked by pit bulls. They had been taken to hospital. According to their mother, a man who witnessed the attack rescued the children.

Just days before, Bloemfontein SAPS shot dead a pit bull that jumped over the wall and mauled an eight-year-old boy. Lieutenant-Colonel Thabo Covane said the dog escaped from its enclosure and got into the yard where the boy was playing.

There have been growing calls for pit bulls to be banned as domestic dogs in South Africa.