Tokyo 2020: how the Paralympics have evolved from rehabilitation to spectacle

As the 2020 Paralympics open, those numbers are almost incomparably larger. This year’s teams hail from approximately 160 nations. 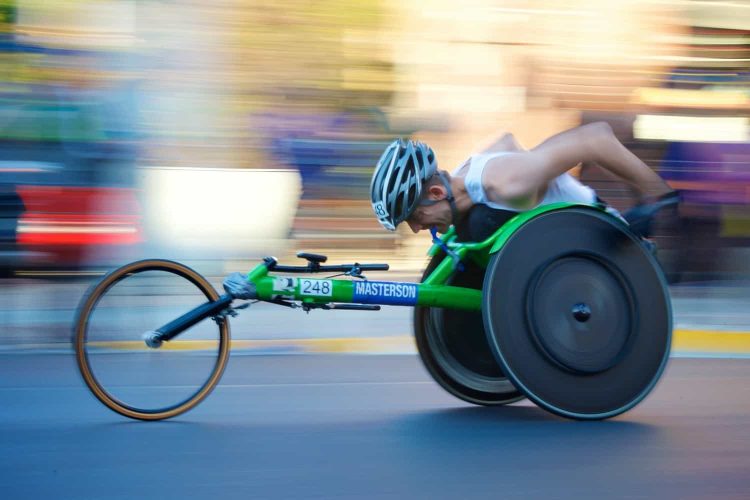 Photo by Seth kane on Unsplash

In the 57 years since Tokyo first hosted the Paralympic Games, the event – and the sports it comprises – have changed beyond recognition. The Tokyo 1964 Games marked the first time the word “paralympic” was used.

At the time, the term described 21 countries represented by 378 athletes, a small minority (75) of whom were female. The events comprised nine sports, but only individuals with spinal cord injuries were eligible to compete.

As the 2020 Paralympics open, those numbers are almost incomparably larger. This year’s teams hail from approximately 160 nations. They comprise approximately 4,400 athletes, with female participants accounting for a record 40.5% of the total delegation. Athletes will compete across 22 sports. And new disciplines continue to be added. Badminton and taekwondo make their Paralympic debuts this year.

Shaped by evolving societal attitudes towards physical and mental impairment, the Paralympics have gone from championing rehabilitation to being the second biggest mega-event in the international sports calendar. This growth has come with international recognition and heightened media coverage. Big questions about the event’s core purpose, however, persist.

The Paralympics have grown commensurate to the number of competing nations and the variety of eligible sports and impairments. Initially founded as a means of rehabilitating soldiers after the second world war, the earliest events focused on athletes with spinal chord injuries, competing in wheelchair-based sports such as archery and snooker.

In 1976, in a bid to make the Games a multi-disability sporting event, the range of eligible groups was expanded to include amputees and visually impaired athletes. The subsequent Paralympics in 1980 further expanded to include athletes with cerebral palsy, as well as a category for “les autres” (the others), a catchall classification for athletes with locomotor impairments.

Athletes with intellectual disabilities, meanwhile, were officially included for the first time at Atlanta 1996. This decision was revoked after the 2001 Games, when ten members of the men’s Spanish basketball team were found to have faked having an impairment. This resulted in a blanket ban.

Though it has enabled the participation of athletes with a range of impairments, the functional classification system remains one of the most contentious issues in Paralympic sport. There are suggestions that the system is inconsistent and open to corruption.

The establishment in 1989 of the International Paralympic Committee (IPC) provided the event with a centrally coordinated voice and helped to foster a close working relationship with the International Olympic Committee (IOC). In 2001, this resulted in an agreement between the IOC and IPC which formalised the “one city, one bid” philosophy that mandates every host city to stage both the Olympics and the Paralympics.

This official recognition has contributed to the Paralympics being seen as a legitimate sporting event. Over the past ten to 20 years, in particular, the focus has been on sporting prowess and achievement. The London 2012 Paralympics was perhaps the pinnacle of this. The Games featured thousands of athletes comprehensively demonstrating Paralympic sporting excellence to consistently sold-out venues and on a global stage.

Conversely, some argue the relationship between the IOC and the IPC has the potential to marginalise athletes with more complex impairments and high support needs. They argue that this is done in an attempt to legitimise the event for a non-disabled audience. Athletes with milder impairments and those with technological enhancements, including running blades – which research has termed the cyborgification of Paralympic bodies – have been prioritised. Critics worry the Paralympic movement, in its determination to produce a marketable product, is shunning the athletes who are central to the event’s foundational ethos and spirit: those with severe impairments.

In 1964, media coverage was largely limited to the host nation. Today, Paralympic events draw significant global broadcast numbers. The Rio 2016 Paralympic Games were the most viewed in history with a cumulative audience of 4.1 billion.

It is anticipated that Tokyo 2020 will claim this mantle. In the UK, Channel 4 will provide more than 300 hours of Paralympic coverage, the most ever by a UK broadcaster.

That said, media coverage, in terms of quality and quantity, still lags behind the Olympics. Paralympians have often been portrayed in passive rather than active poses, with a focus on the impairment rather than the athlete’s sporting ability. Hosting the Games may increase the amount and quality of coverage in the host nation. This is not always replicated for competitors from other nations.

The modern Paralympics are unrecognisable from the last time Tokyo hosted the Games, in 1964. But with this growth have come challenges. How can the Paralympic movement ensure a robust and trusted classification system fair to all impairment groups it represents? Is the Paralympics’ stated mission at odds with the current trajectory of the event?

Ultimately, should athletes with impairments cease to be known as Paralympians and simply be Olympians, part of an inclusive Olympics? Resolving these issues may yet create another paradigm shift in the makeup of the Paralympic Games.

Make your own Beef Biltong From Scratch