All four suspects will be appearing in the Orlando Magistrate's Court on Monday, 26 September 2022. 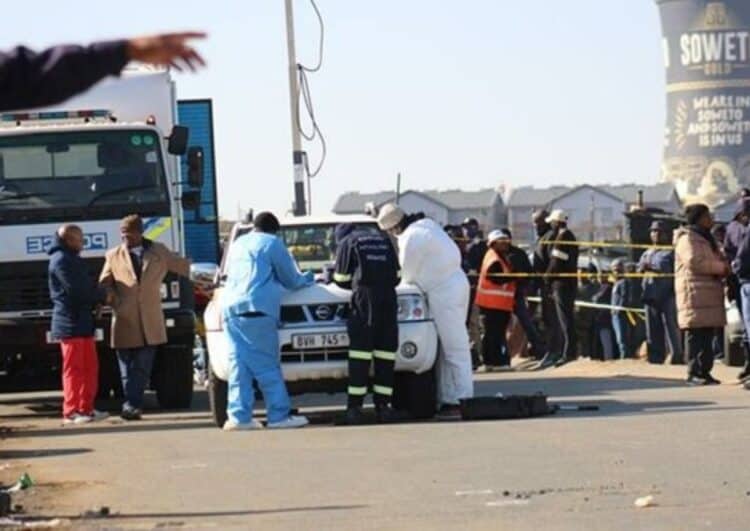 Gauteng police have confirmed that two suspects that have been linked to the July 2022 shooting at Nomzamo tavern in Orlando East, Soweto have been arrested.

Brigadier Brenda Mudirili, the police spokesperson said one of the suspects was arrested in Johannesburg on Thursday while the second suspect was arrested in the Northern Cape on Friday.

“On September 22 (Thursday), national crime intelligence officers arrested one suspect who was then linked to the Nomzamo shooting incident in Johannesburg. The suspect was handed over to Gauteng’s murder and robbery investigating team for further handling. He led the team to one of his accomplices who was arrested in the Northern Cape on September 23 (Friday),” said Mudirili.

The fourth suspects was arrested on a warrant of arrest for a double murder incident that occurred in Doornkop in 2021, where two Basotho nationals were killed.

All four suspects will be appearing in the Orlando Magistrate’s Court on Monday, 26 September 2022.

The shooting incident at Nomzamo tavern took place on 10 July 2022, where a group of armed men reportedly entered a local tavern and opened fire, claiming the lives of 15 people.