The NSFAS policy says that there will be no accommodation allowance if there is no signed lease agreement. 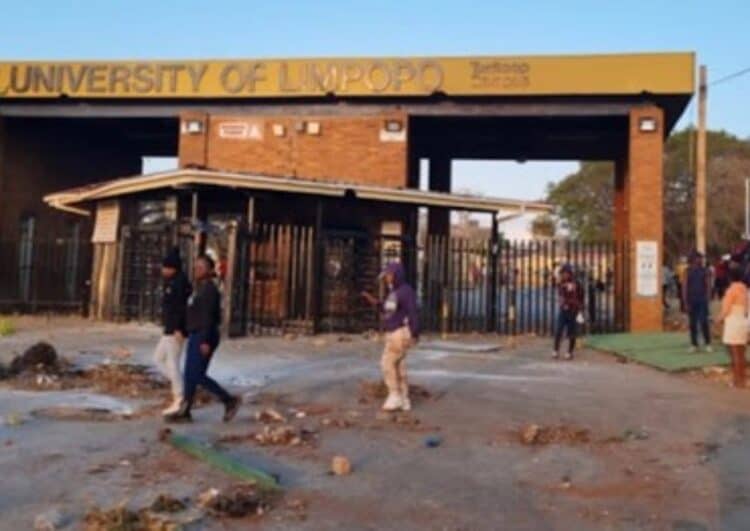 University of Limpopo (UL) students embarked on a violent protest on Wednesday, setting alight a security guard house, blocking roads that lead to the university and uprooting the university’s fence.

The students were protesting over the non-payment of their off-campus accommodation allowance for a number of months.

Johannes Selepe, the university spokesperson said protesting students pushed the fence down in several in several places and damaged access gates and some of the buildings.

Police and security guards tried to prevent the destruction of the university’s property, leading to clashes with protesters, Selepe added.

Selepe said at about 11am on Wednesday, the university executive management received a memorandum of demands from landlords and students. The demands related to the National Student Financial Aid Scheme (NSFAS) accommodation allowance.

The allowance had not been paid out as landlords and students still had not concluded their lease agreements despite numerous requests by the university.

“The NSFAS policy is that there will be no accommodation allowance if there is no signed lease agreement.

“We are pleading with all landlords and students to ensure that they conclude their respective activities so that the university can facilitate the speedy resolution of the matter,” Selepe said.

He said the protesting student became violent and damaged the access gates along with some university buildings.

“Both police and university security tried to plead with them to avoid destruction of property, without success. The clash arose from these kinds of activities.

Selepe said management continued to engage on the issues raised.

“Where clarification is needed, we have always responded promptly. This morning (Wednesday) we met the demand to respond in within one hour of receipt of the demands.

“We committed to assist, as we did by advancing the allowances as far as our cash flow allows. We are continuously liaising with NSFAS to promptly process allowances for concluded and verified cases,” Selepe said.