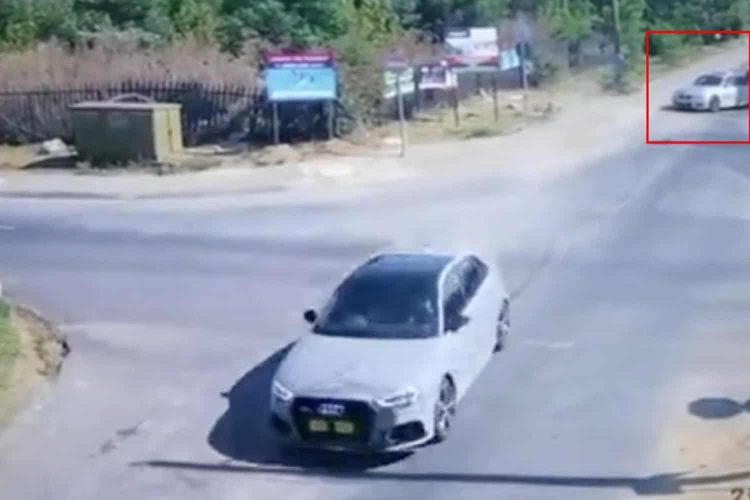 This Audi motorist survived a chilling encounter with armed hijackers who were dead-set on getting their hands on the high-end vehicle.

Details around this incident are still sketchy, at this time. However, according to renowned crime reporter Yusuf Abramjee, the brazen hijacking attempt took place in Linbro Park, Gauteng.

In the video clip that’s since gone viral, a metallic BMW with unknown registration plates was seen approaching a stop sign before it suddenly yielded to the other lane and stopped, effectively blocking all passage on the two-way road.

However, the targeted driver was alert and quick to react. Before the armed gunmen, who’d jumped out of the BMW vehicle with their weapons drawn, could force the driver to a halt, the Audi motorist had already skirted away through an open space on the pedestrian sidewalk.

Here’s the video clip of the hijacking attempt:

Linbro Park police have yet to issue a statement with updates on the manhunt for the armed hijackers who would have been frustrated with losing out on prey.

It’s presumed the suspects are still at large.