Zanele Magwaza-Msibi, a leader with great ambition for the NFP, has died. Here's what we know: 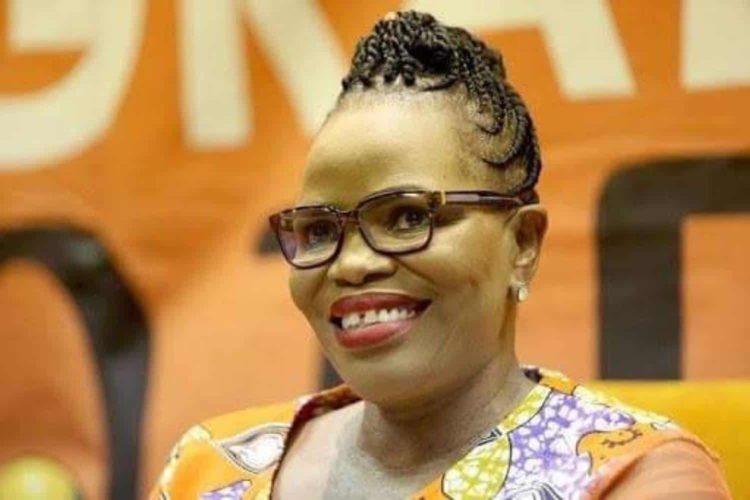 Leader of the National Freedom Party (NFP) Zanele Magwaza-Msibi has passed away at the age of 59, a statement confirmed.

Zanele Magwaza-Msibi dies: What’s the cause of death?

On Monday, Magwaza-Msibi’s party revealed that the NFP leader had been recently admitted to a Durban hospital after falling ill.

According to caucus leader Ahmed Munzoor Shaik-Emam, Magwaza-Msibi’s condition was so severe, she was placed in the intensive care unit for some time.

“Unfortunately, she succumbed to her illness on Monday morning. The party is left grieving her loss and our thoughts and prayers are with her family at this time,” Shaik-Emam noted.

In a more revealing statement released by family spokesperson Canaan Mdletshe, the NFP leader’s cause of death was linked to a cardiovascular attack.

“Ms Magwaza-Msibi was an exemplary leader, an activist and an advocate of our democracy. She lived her life fighting and championing the cause of the poor, vulnerable and downtrodden. She was a loved and greatly respected leader, whose passing leaves many at a loss.” Mdletshe wrote.

Here’s what we know about Magwaza-Msibi

Before she led the way at the NFP, Magwaza-Msibi served, for much of her political career, under the stewardship of the IFP.

She manned the local administration from 2000 as mayor of the Zululand District Municipality for 15 years before she was swooped into former president Jacob Zuma‘s 2014 Cabinet as Deputy Minister of Science and Technology.

Her passing came at a time when she was leading an effort to rebuild the NFP’s political identity after it was barred from participating in the 2016 national elections due to funding issues.

Magwaza-Msibi is survived by her daughter, actress Gugu Gumede.

“She was an inspirational leader, who despite suffering a massive stroke in 2014 continued with her work, despite her health challenges,” Shaik-Emam said.

Since the news of her passing broke out, tributes have poured in from her peers and supporters. Here are some of the reactions we picked out:

Mam Zanele Magwaza Msibi may your soul rest in your peace! You were a loving mother and caring sister who saw worth in young women leaders! Your footprint in the political landscape is unquestionable 🌺❤️#ZaneleMagwazaMsibi #RIP pic.twitter.com/cHTzxjqY9z

It would be criminal to leave out the name of Zanele Magwaza Msibi when we talk the greatest ever women to ever grace the political scene of South Africa.

Zanele Magwaza Msibi😭😢 what a woman, what a well lived life. #RIP 💔💔

May the humble soul of Zanele Magwaza Msibi rest in power. 🕊️🕯 pic.twitter.com/2h1yyWMD6w

Magwaza-Msibi’s family is expected to provide more details on her funeral.

Farm owner killed in Kinkelbos during a robbery