Adam Levigne allegedly cheated on his wife with an Instagram model

Adam Levigne is at the center of attention after an Instagram model named Sumner took to TikTok to expose their relationship. 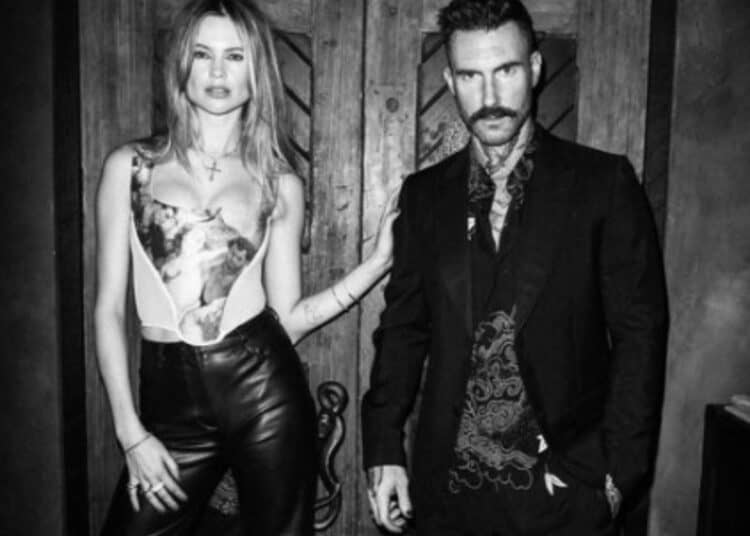 Pictured above is Adam Levigne and his wife Behati Prinsloo who is expecting his third child. Photo: Instagram/Adam Levigne

Adam Levigne is currently in hot water after allegations that he had cheated on his wife with an Instagram model.

To date, the model named Sumner Stroh took to TikTok to expose a relationship she had with the Sugar singer. Back when she was a bit younger. The model is currently 23 years old and it’s unclear when the pair first started the affair.

In the video, Sumner explains that she had an affair with Adam Levigne before she became a public figure in the model industry as well as social media influencing.

Thus far, Sumner explained that she was much younger at the time of the relationship. Which she alleges lasted for about a year long. The Instagram model noted that she was ‘manipulated’ by Adam Levigne at a time when she was still very naive.

“Essentially, I was having an affair with a man who was married to a Victoria’s Secret model. At the time, I was young, I was naïve and quite frankly, I feel [like I was] exploited. I wasn’t in the scene like I am now, so I was very easily manipulated.”

Presently, it is unclear what the model aims to achieve by putting the affair out in the open as of late. However, the model also shared that she is aware of what can happen when she shared this with the public. Adding that it will have an impact on the brands she works with.

While the model has only come clean now, she also shared some receipts. By showing screenshots she has taken of conversations she has had with Adam Levigne.

In one of the messages, Adam Levigne peened a message to the model which was around the time that the singer’s wife was expecting their child. The singer shared with the model that he would like to name his child after her if it is a girl.

Thus far, the model noted that she had sent some screenshots to some of her friends and adds that she thought they were trustworthy. However, Sumner shared that one of them attempted to share the screenshots with a tabloid which promt]pted her to share the story herself.

The Maroon 5 singer is currently expecting his child with his wife Bhati Prinsloo.

See the video below.