The biannual Haute Couture fashion show saw Doja Cat wearing the most creative fashion statement yet. Wait until you hear how long it took! 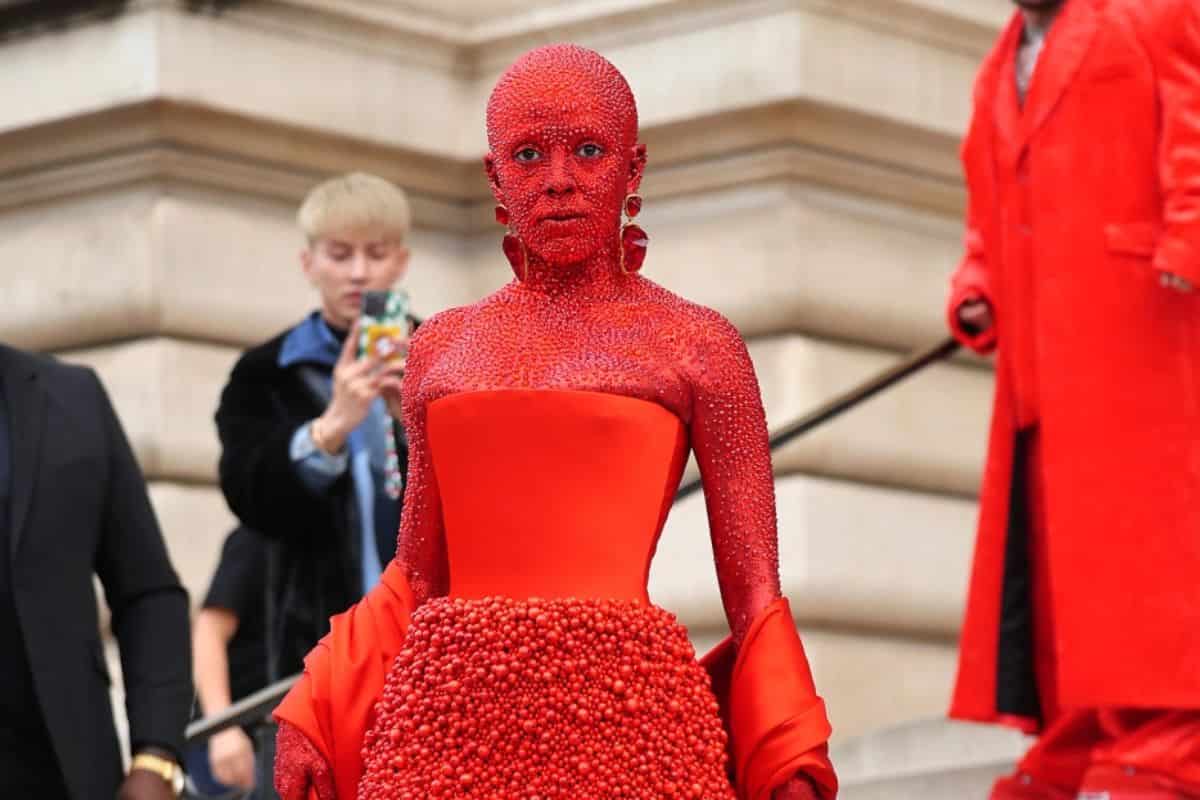 Doja Cat went all out for the Schiaparelli fashion show this past Monday and is most likely the most creative artist to step in yet.

The fashion show, dubbed “the inferno” was inspired by Dante’s Inferno and the nine circles of hell according to CNN.

As for the theme, Doja Cat proved to execute the runway look on Monday. As she sported a red devilish look. The singer made quite an entrance at Paris fashion week. As she was one of the stars who had tongues wagging about her look.

Now, it took the singer’s team at least 5 hours to complete her look. Taking to Instagram, make-up artist Pat Mcgrath described Doja Cat as having “sublime patience” and further noting that she is inspiring. See the behind-the-scenes below.

For the runway, Doja Cat sported an all-red look, which included red body paint on her body. The singer wore a silk bustier with red boots and a skirt adorned with wooden beads. Her look was topped off the look with her entire body adorned in Swarovski crystals. It is reported that the singer was covered in a total of 30 000 Swarovski crystals.

During the show, models Irina Shayk and Naomi Campbell took to the runway with head gowns. Similar to the one worn by Kylie Jenner.

The reality star turned heads when she arrived at the fashion show in a tight-fitted black gown with a life-sized lion head on the shoulder of the gown. Model Irina Shayk sported the same dress on the runway.

Thus far, Doja Cat is popularly known to take big fashion risks. The singer previously shaved her eyebrows off during an Instagram Live and has since come up with different styles with her new look.

So, the artist is no stranger to adorning her face with jewels as she frequently places them on her empty brows. We are now looking to see what she will do next.

Did you love her look for Paris Fashion Week?