After Liesel posted a cute picture of herself, Twitter users quickly tried to bring Dr Musa down for appreciating his wife. 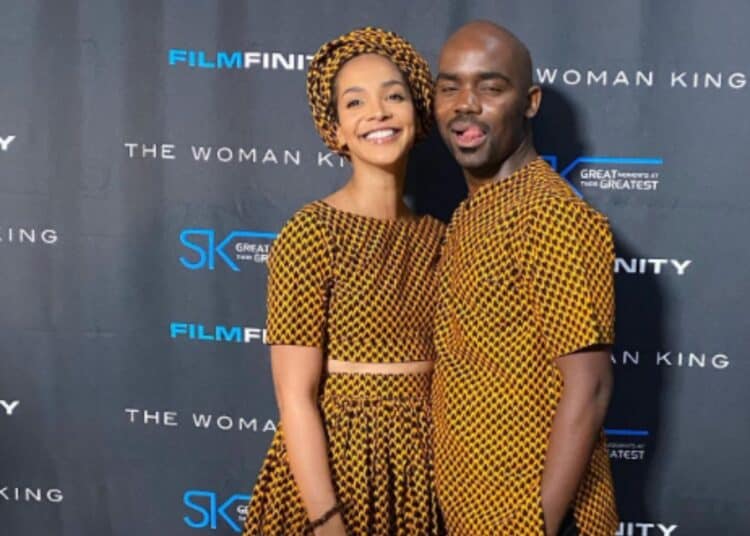 Dr Musa and his wife Liesel are just living life and loving one another but it seems that social media has a problem with this.

Thus far, Dr Musa doesn’t seem to care about what the media has to say about his relationship, nor is he concerned with how ‘loud’ he might be loving his wife.

It is notable that this is not the first time that social media users have criticized Dr Musa for the way that he chooses to show affection to his wife. As the presenter had previously been put into the hot seat. For doing this at least one or two years ago.

Recently though, Dr Musa took to the comment section of his wife’s Instagram handle and commented on her picture numerous times about how beautiful she is. While some were here for it, others quickly felt a little bitter about it.

In the comments he left on Liesel’s page, Dr Musa also seems to be ready for fatherhood as he shared to the post, “Make me a father!” on his wife’s Instagram post.

Thus far, the way in which Dr Musa hypes up his wife comes as no surprise. As the couple has always shared their affection for one another in the cutest ways to date.

Presently, Dr Musa and Liesel Laurie have been married for at least a year. As the couple said I do in an intimate ceremony in August 2021.

Right now, many social media users in butting in. By leaving comments of their own and evidently have different ways of showing affection to their partners. See what they’re saying below.

If there’s something Dr. Musa is doing right in this life of sin? It has to be loving his wife Liesl Laurie! Loving her so loud, it is beautiful to see. 🥺❤️

While we tweet, Dr Musa Mthombeni and his wife are living this life 😂 pic.twitter.com/ZzcScNmcAe