Hailey Bieber recently appeared on the Call Her Daddy podcast and spoke about her relationship with Selena Gomez. 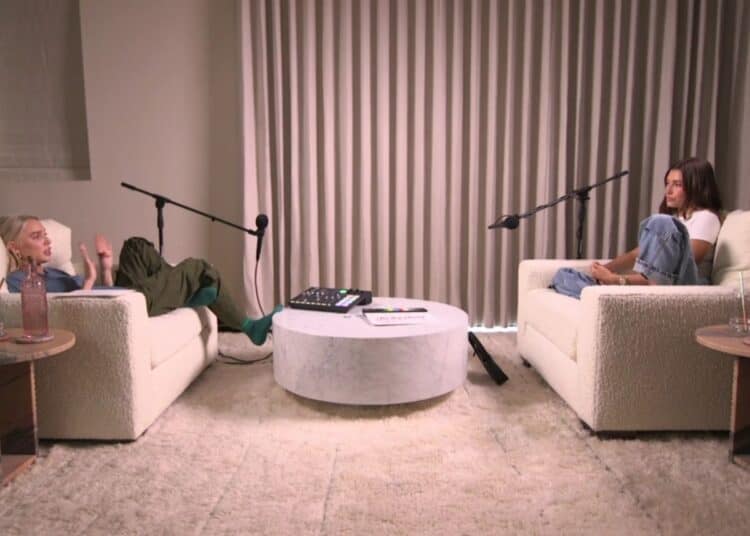 Hailey Bieber recently appeared on the Call Her Daddy podcast with Alex Cooper to address some burning questions. Photo: Call Her Daddy

Hailey Bieber is speaking about this one time and one time only.

On the recent episode of the Call Her Daddy podcast, Hailey Bieber addressed some sensitive topics surrounding the hate she has received. That is, from fans of Selena Gomez following her relationship with Justin Bieber.

Hailey Bieber gets candid about her relationship

To date, Hailey Bieber has never addressed her haters on a personal level. Let alone address any of the drama that social media users have created themselves about the celebrity couple.

During their ongoing discussion about dealing with fame post-marriage with the biggest pop star in the world, Hailey Bieber got candid about the way her life has altered. Since getting married to Justin Bieber.

The model noted that she has expected life to alter drastically. But the fact that people said to her that “she asked for this” is completely untrue. Hailey Bieber further noted that the life of the paparazzi following her on a constant basis “comes with the territory” instead.

“I do try to have my own thing, you know, but it’s like our lives completely mesh together so I don’t know. I’m like what do you want from me.”

When asked if she and Justin Bieber were ever together while the singer was involved with Selena Gomez. The model plainly noted no. She further added that the timeline of things can seem off. She further noted that people have a “perception” of what things look like. But, there is a truth to the situation that she feels she doesn’t need to address.

Thus far, Hailey Bieber shared that she has spoken to Selena Gomez after she got married to Justin Bieber. And explained that the singer was not asked to help simmer down her followers. Following the countless attacks made against her.

Presently, Hailey Bieber has also shared that the only people who would know the true timeline of things, will be herself and her husband.

“I think the timing was obviously very rapid and very fast, which now looking back and it being four years. I totally get it. I’m like yeah that seemed really drastic and really crazy but was what we felt was a decision between the two of us and it felt correct for us at the time.”

The model further noted, “And I think just given the timeline of like, where he was at before we got back together, there was just a lot happening. But I will say too like, the only people that really know the truth of the situation and what the timeline really was and what happened are like me and him.