The reality around the new Netflix series The Watcher

The Watcher is currently based on a true story about a family moving into their dream home. Here are the chilling details. 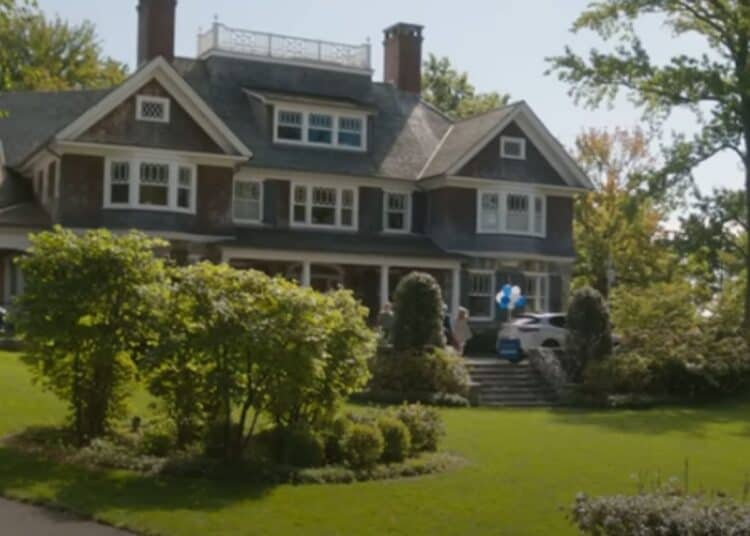 The Watcher incorporates a similar looking home in the series which is based on a true story. Photo: Netflix

The Watcher will follow the events of a family who moved into their dream home in New Jersey.

The true story of The Watcher

Right now, The Watcher centers on a serial stalker who invades the privacy of a family that has moved into their new home in New Jersey. The family repetitively received letters from the stalker since the day they moved in.

The official synopsis reads, “After the Brannock family moves into what was supposed to be their suburban dream home, it quickly becomes a living hell. Ominous letters from someone calling themself “The Watcher” are just the beginning as the neighborhood’s sinister secrets come spilling out. Inspired by the true story of the infamous “Watcher” house in New Jersey.”

According to The Things, the story about the stalker dubbed The Watcher is still a topic of interest today. This is because no one was ever charged for terrorizing the family on 657 Boulevard, New Jersey.

One letter read, “Do you need to fill the house with the young blood I requested? Better for me. Was your old house too small for the growing family? Or was it greed to bring me your children? Once I know their names I will call to them and draw them to me.”

Suspects in the harassment of the Broaddus family

However, the police have identified three potential suspects and that includes the Broaddus family. Until today, authorities assumed that the family could have possibly sent these ominous letters to themselves. Under the premise that the family wanted to move into a bigger home.

Presently, the first suspect dubbed The Gamer was believed to be the notorious anonymous writer. After authorities discovered that his vehicle was parked outside of the family’s home late one night.

From the producers of the American Horror Story

Another suspect named Michael Langford and his family were on top of the list as they lived within watching distance of the family’s home. Coincidentally, he lived in this home since the sixties which is also the time The Watcher claimed his father had been watching the home.

To date, no one was ever found to be in connection with the harassment of the Broaddus family. This will therefore remain a mystery to the public.