The School for Good and Evil: Can we expect a sequel?

The School for Good and Evil is currently based on one of the books written by Soman Chainini. Can we expect more films? 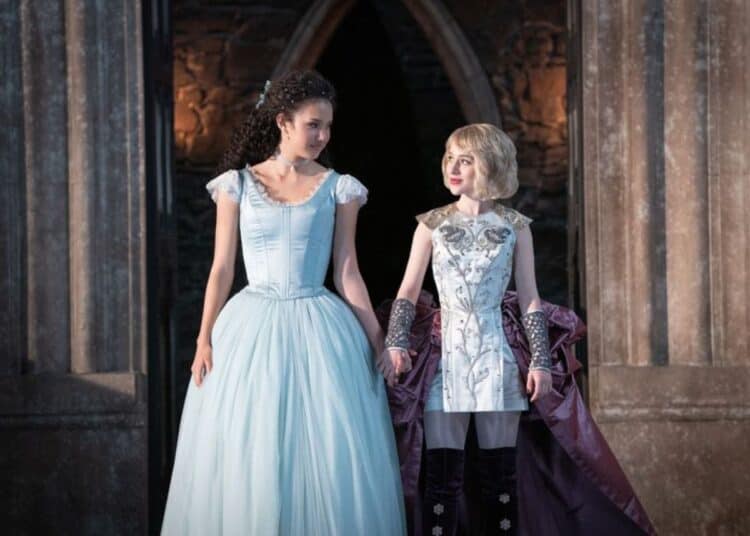 Sophie and Agatha navigate their way through The School for Good and Evil. Photo: Netflix

The School for Good and Evil is a fantasy film that delves into the lives of misfits who find community at their school of training.

Presently, the film which is based on the book of the same name, written by Soman Chainini is part of a series of five books.

Right now, The School for Good and Evil looks like the many other fantasy films we have seen so far. It can very easily be compared to films of a similar nature such as Harry Potter as shared by Variety. However, different writers essentially have different ideas of what a fantasy world looks like.

In the new film, characters Sophie and Agatha find it difficult to fit into the normal world. With the other teens consistently making fun of them and accusing them of being witches.

At this point, Sophie and Agatha alike wish that they could be swept away from the world they feel they have no place in. Quite frankly, their dream comes true. When they are carried away by a bird who drops them off at different schools.

The School for Good and Evil | Directed by Paul Feig

Interestingly though, Sophie begins to find her true self. As it turns out that Sophie does in fact belong at the school for evil. But, the entire predicament is also manipulated by the film’s villain Rafal who is always stirring up some blood magic.

To date, The School for Good and Evil is based on one of the books written by Soman Chainini which leaves the question of possible other films being in the making.

Since Bridgerton got a series adaptation of the novels written by Julia Quinn, viewers may be questioning whether The School for Good and Evil can follow suit. However, given the mixed reviews and the film’s current standing, fans shouldn’t get their hopes up yet.