Trevor Noah returns to SA with a comedy tour in 2023

Trevor Noah is coming back to the motherland with a comedy tour in 2023 and fans are quickly getting amped about it! 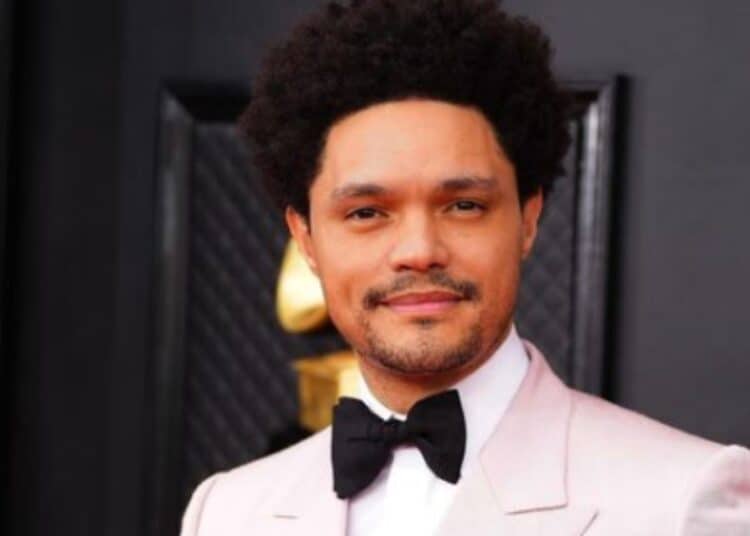 Trevor Noah will be returning to SA in 2023 with 12 shows. Photo: Instagram/Trevor Noah

Trevor Noah recently announced his tour in partnership with SavannahCider for a long overdue comedy tour in South Africa.

Right now, fans in the motherland have been waiting in anticipation for the day Trevor Noah comes back to South Africa and it seems the time has finally come as the tv host will be setting foot in his homeland in 2023.

To date, it’s been a few years since Trevor Noah has been in South Africa as the tv host has been focused on the Daily Show which is currently filmed in America.

Previously though, Trevor Noah and his girlfriend came to South Africa to celebrate Celebrity Game Night host, Anele Mdoda for her birthday. The comedian came together with some of Mzanzi’s A-listers for a lunch.

Thus far, Trevor Noah will be touring South Africa for a total of twelve shows from the 31st of August until the 15th of September next year.

To date, the comedian took to Twitter to announce the tour and shared his excitement to return to his birth home.

“South Africa! I’ve teamed up with @SavannahCider for 12 shows from 31st August- 15 September 2023. Tickets go on sale tomorrow at 9 am local, and you can find them at TrevorNoah.com– Can’t wait to come home!!”

South Africa!! I’ve teamed up with @SavannaCider for 12 shows from 31 AUG – 15 SEP 2023. Tickets go on sale tomorrow at 9am local, and you can find them at https://t.co/L7bDKHCHyQ – Can't wait to come home!! 🇿🇦 #SiyavannaSA @entertain_afric pic.twitter.com/LpytJmk4F0

As per the website, the shows will kick off in Cape Town at the Grand West Arena, and will then go over to Durban at the Durban International Convention. The shows will then come to an end in Pretoria at the Sunbet Arena.

Similarly, Savannah took to Twitter to share the exciting news the return of Trevor Noah as well.

“South Ahh. SA’s most loved Cider presents global comedy heavyweight, @TrevorNoah for a long overdue SA tour. Get your tickets on TrevorNoah.com to see him live in SA in Spring 2023.”