Amandla Stenberg comes under fire for mispronouncing her name

Amandla Stenberg recently discussed the origin of her name. But Tik Tokers were not happy with how she pronounced it. 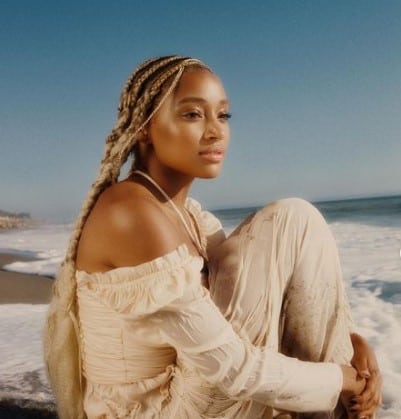 Amandla Stenberg recently talked about her name and the origins thereof. Photo: Instagram/amandlastenberg

Amandla Stenberg received fierce criticism after it was found that she did not pronounce her name the proper way. The actress recently shared the origins of her name and what it meant.

Actress Amandla Stenberg is criticized for mispronouncing her name

To date, Amandla Stenberg had an interview on Live with Kelly and  Ryan. Upon talking about her name, the hosts revealed that she had a lovely name. They further wanted to know more about what her name meant.

While sharing the origins of her name, Amandla Stenberg expressed that her name originates from South Africa. She noted that her name meant power in Xhosa and Zulu. Since then, viewers noted that the actress pronounced Xhosa as Hosa during her interview.

So far, the actress received backlash from a controversial Tik Toker named Misa Narrates. Who had a few words about the way the actress “butchered” her name by pronouncing it incorrectly.

“This is where naming people is important if you are taking names from other languages and you don’t have the tongue for them, nor will or interest to learn to pronounce it properly, to insist that they are pronounced properly, particularly when those names are from the people of those languages are often butchered.”

The Tik Tok user who was born and raised in South Africa but now resides in America was truly upset with how African traditions were disrespected. She expressed that names shouldn’t be given if the tradition is not going to be disrespected.

“Please don’t bestow that name upon your children, finished,”

Read More: Saweetie gets dragged into tiff between Quavo and Offset

Joining in on the conversation was singer Lady Zamar. Who gave her own piece of advice and a little piece of her mind about the matter.

“It’s like taking an African artefact and putting it in a western museum and then giving it a different history just so it suits the western narrative,”