In light of the recent controversial events, Balenciaga has decided to end their work relationship with Kanye West. 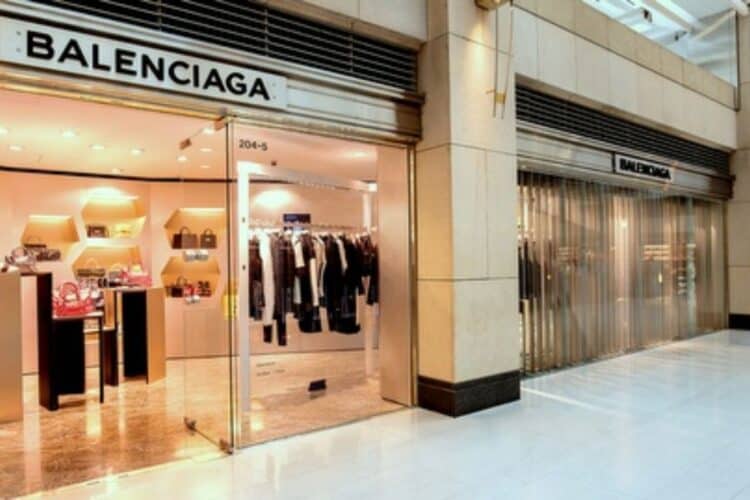 Kanye West and Balenciaga will no longer have a working relationship. Photo: ShopSink

Balenciaga recently shared that there are no plans to have a working relationship with Kanye West in the future.

Presently, Kanye West has been part of the controversial headlines immensely in recent days. However, it seems that the rapper is now losing his working relationship with Balenciaga.

Previously, Kanye West went viral after he had his customers shopping for clothing items in what looked like trash bags at a gap store.

To date, many shoppers and supporters were not happy about digging in a trash bag for their clothing items. For one, customers found it hard to find their actual clothing size in the trash bags.

After this incident, Kanye West shared that GAP did not adhere to their contract agreement and has decided to end his relationship with the retail group.

In their statement to CNN, the retail group shared that their collaboration with Kanye West has been “disruptive”.

“While we share a vision of bringing high-quality, trend-forward, utilitarian design to all people through unique Omni experiences with Yeezy Gap, how we work together to deliver this vision is not aligned. And we are deciding to wind down the partnership,”

Earlier this year, Kanye West opened the Balenciaga fashion show in September. However, the rapper went viral yet again for his surprise fashion show in which models wore White Lives Matter shirts.

To date, many public figures have come to criticize Kanye for throwing away the effort that was put into the Black Lives Matter Movement. Recently though, the rapper shared with Piers Morgan that he apologizes for the people he has hurt during his campaigns.

Powerball and Powerball Plus Results for Friday 21 October 2022