Cara Delevigne is now sparking some concerns with fans and her inner circle alike after reports the actress isn’t doing well. 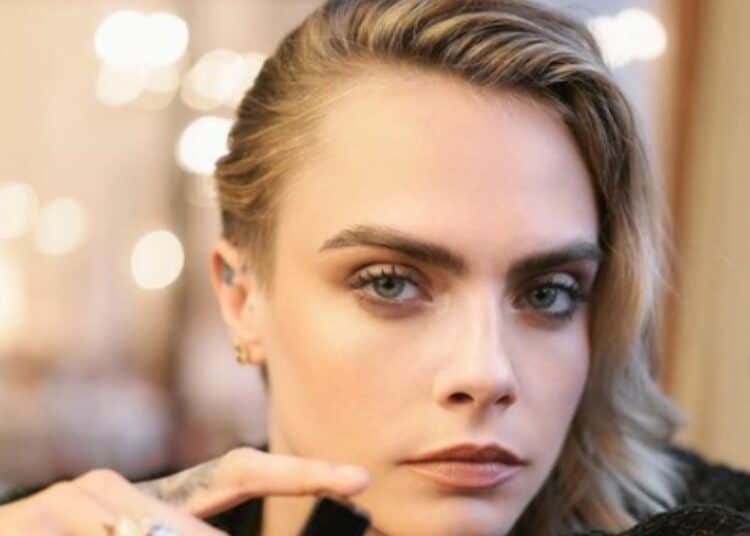 Cara Delevigne is currently sparking reasons for concern after the actress appeared to be disoriented previously. Right now, new images have surfaced in which the Suicide Squad actress Margot Robbie was spotted leaving her home crying.

As of late, it is not clear what the situation is at present. However, family and friends are nonetheless worried about the actress. Who has been acting out of character in the past year.

Previously, Cara Delevigne was pictured at an awards show with Meghan Thee Stallion. And the actress was seen to be acting out of character as the rappers plus one to the event.

In images that surfaced on the internet, Cara Delevigne was seen making weird facial expressions. While hyping rapper Meghan Thee Stallion taking her pictures for the paparazzi.

Friends and family are concerned about her latest erratic behavior

Thus far, Meghan Thee Stallion didn’t appear to be bothered by Cara Delevigne helping her get good pictures for the paparazzi. However, social media quickly noticed her weird behavior and responded with their opinions regarding the model.

Right now though, it seems that there might be something terribly wrong with the actress who has also been pictured outside an airport looking distressed and confused. The Sun reports that the actress was walking out with socks and no shoes.

Thus far, The Sun also reports that Cara Delevigne missed her product launch earlier this week with Karl Lagerfeld designers in New York. These are but a few of the actress’s latest developments as she was previously pictured smoking what appeared to be a pipe outside a sex shop.

Read More: DJ Zinhle talks therapy because of trolls on The Unexpected

Just last week, a source close to Cara Delevigne shared that they are incredibly worried about the actress.

“The situation has been building for a few weeks now, and Cara’s family is involved. There is talk of staging some kind of intervention and making sure Cara gets the help she may well need.”