Following the chasing of a state witness, broadcast Journalists including Chriselda Lewis were asked to leave the courtroom. 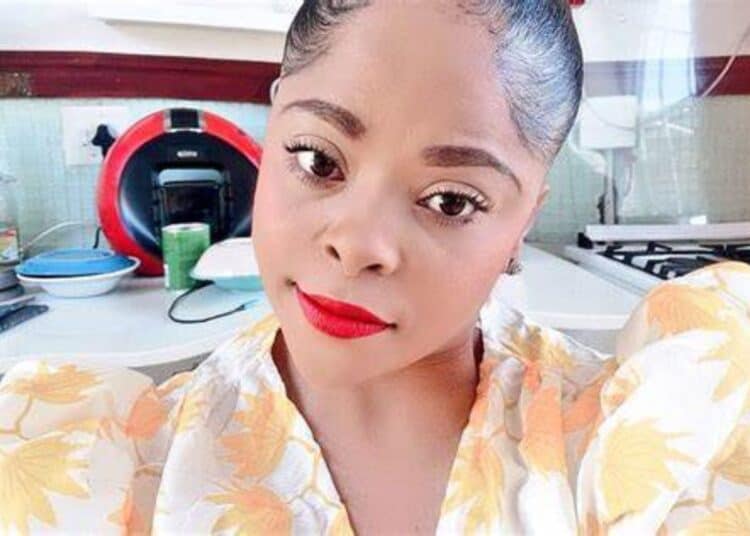 Chriselda Lewis is the latest topic of discussion. Following a group of media houses trying to get a photo of a witness. Who was expected to take the stand for the Senzo Meyiwa trial earlier today.

Thus far, it is reported by IOL, that a few journalists were chasing after a state witness. Trying to get a photo of a witness expected to take the stand today. Following the chase, the individual then needed to be escorted into a room. In which he/she was brought to calm down.

Right now, South Africans are not impressed with the Journalists who ran after the witness for a picture. After it was made known that the witness clearly did not want to be photographed.

To date, Journalist Chriselda Lewis took to Twitter to apologize to the many viewers. Who are actively seeking answers in the murder of the late soccer player, Senzo Meyiwa.

We err as humans. Sometimes we tend to overextend ourselves in the execution of our duties and to bring you information. It is not an excuse.

We are back up at 13:45 when proceedings resume in the #SenzoMeyiwatrial

Earlier today, a friend of Senzo Meyiwa from Kwa-Zulu Natal was expected to take the stand and speak on what happened the night the Bafana Bafana player was shot. Thus far, the witness relayed that the soccer goalkeeper was hiding at the time the robbers came into the Vosloorus home.

Presently, this contradicts singer Kelly Khumalo’s previous statement that Senzo Meyiwa got shot trying to protect her. Right now, many stories are yet to unfold regarding the murder of Senzo Meyiwa.

Read More: Emmy awards 2022: The list of winners and highlights of the show

While the case is still unfolding, Chriselda Lewis and other Journalists are also accused of scarring off the witness with invasive questions about the current trial which the court did not stand behind.

However, the good news is that the Senzo Meyiwa trial will remain to be broadcast after the recent catastrophe around their conduct with the witness.

See what Twitter had to say about the matter.

Lol Twitter can elevate u and drop you in a matter of days. Just the other day Chriselda Lewis was your fav bae wendaba but today she must be fired?!! This app is not loyal shem #SenzoMeyiwatrial pic.twitter.com/A23acfZQhY

Chriselda trends whether she does good or not so good. I'm offended on her behalf as fellow Transkeian. 😂😂😂😂🙈🙈. I love her feistiness though.

Chriselda Lewis and her friends from ENCA and Newroom Africa decided to disregard court's guidelines. This was they did to witness, Tumelo Madlala. As a result they're all banned from the court, that implies that the public can no longer stream the #SenzoMeyiwatrial pic.twitter.com/5bs9UXW5nR