Both Elton Jantjies and Zeenat Simjee have been sent home from Argentina to take the spotlight off the Springboks regarding cheating allegations. 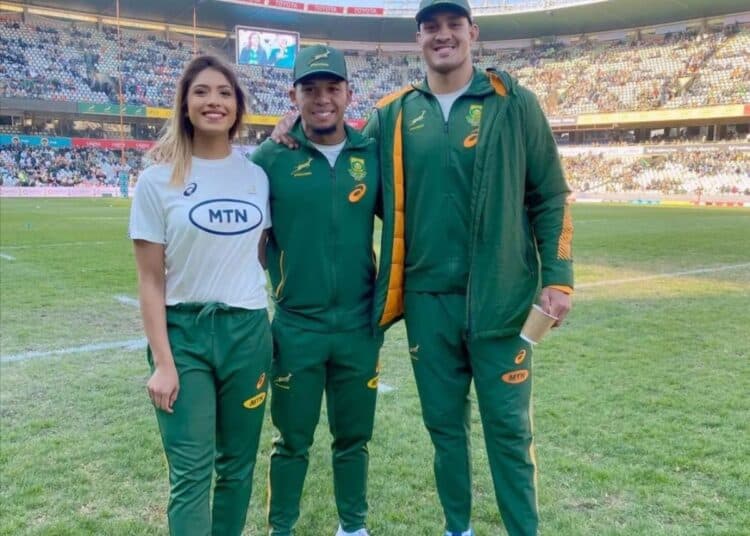 Elton Jantjies has been no stranger to controversy after the Springboks player was previously sued for causing damage to a plane on a flight to Johannesburg. Now, it seems he might have another scandal on his hands.

To date, Elton Jantjies and dietician Zeenat Simjee have been sent home. Due to allegations that the pair have been having an affair. After other guests complained about noises coming from their guest house throughout the night into the morning.

Presently, it is reported that Jantjies and Simjee had booked separate accommodations away from the team. Thus far, the Daily Mail reports that the Springbok teammate and dietician had been making disturbing sounds from one of the guest houses they were staying in.

The pair have since been sent home to deal with the current scandal that has overshadowed news regarding the Springboks. However, neither Elton Jantjies or Zeenat Simjee have responded for comment on the matter.

Right now, it is understood that Elton Jantjies is married and welcomed three children into his marriage. But, it is not clear whether Zeenat Simjee is married or in a relationship at present.

At the moment, South Africans are stunned by the news. Of course, they have shared their perspectives on the current matter at hand. One user wrote, “Not surprised by the rumors of Elton Jantjies having an affair, although I always assumed it was with the partner of his hairdresser.”

Read More: Meyiwa murder trial: Case postponed as witness is a no show due to unavailability of flights

While another wrote, “Elton Jantjies keeps making headlines for everything except rugby.” This comes as the rugby player previously caused damage to an airplane and was sued for it. However, charges were dropped after he agreed to pay for the damage.

Presently, the Springboks have shared a statement about the dismissal of the rugby player as well as dietician Zeenat Simjee.

‘The Springbok management are aware of reports regarding Springbok fly-half Elton Jantjies and team dietician Zeenat Simjee between the training camp in Sabie and the Test match against New Zealand in Mbombela earlier this year.

‘No team protocols were breached, but the individuals are returning to South Africa to attend to these personal reports and to eliminate any distractions to the team’s preparations for the Test against Argentina.’