Is a Vegan Diet Healthy?

A vegan lifestyle could make the world a happier place for the animals that we share it with, but what are the implications to human health? 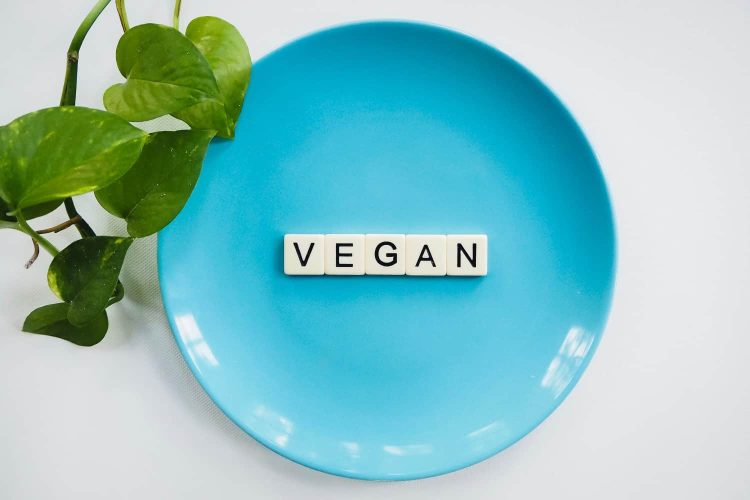 Is a Vegan Diet Healthy? Photo by Vegan Liftz from Pexels

Today is World Vegan Day which is why we’ve decided to analyse the vegan diet and to see if it actually is healthy.

Many of us want to save the planet, but we need to make sure that we are not endangering our own health and lives at the same time. So, before opting for a vegan life (or any other for that matter), we need to be sure it is the healthy choice for all parties involved.

What is a Veganism

The idea behind Veganism is to eliminate or at least minimize the use of animals by man for any purpose. This includes anything derived, even in part, from animal components. As well as anything that uses animals for any of its processes, such as for testing or entertainment.

The concept was officially born in 1944. After the Vegetarian Society turned down Donald Watson’s request for their newsletter to include a non-dairy vegetarian section. Watson then coined the name Vegan, using the first and last few letters of the term vegetarian. His first newsletter, written in early 1945, had 25 subscribers. But by the time Watson died, in 2005, there were a whopping 250 000 self-proclaimed vegans in England and two million in the USA.

People tend to adopt varying degrees of a vegan lifestyle. Resulting in the variety of terminologies that are floating around. One could be a dietary vegan, sometimes known as strict vegetarians, and still make use of animal products. But not consume any food derived from animals, such as eggs, dairy and honey. An ethical vegan is seen as someone who extends the philosophy into every possible aspect of their lives. Motives to become vegan are also different. For example, an environmental vegan is someone whose main drive is avoiding the rippling impact of animal cultivation on the environment.

Many institutions, across the globe, believe a well-planned vegan diet is appropriate for all stages of life, including infancy and pregnancy.

Possible health benefits to veganism are:

Most of these benefits are due to higher plant-based food consumption. Vegan diets tend to be richer in dietary fiber, magnesium, folic acid, vitamin C, and vitamin E. However, a poorly planned vegan diet may lead to nutritional deficiencies that nullify any beneficial effects.

An Education in Nutrition

There are undoubtedly nutritional shortfalls to a vegan lifestyle, but most of them can be made up for with some or other plant-based food. And here is my favourite part about the concept. To live a healthy vegan lifestyle, a person must learn about the daily nutritional requirements of the human body. It drives people to educate themselves on different plant-based foods and develop a healthy eating regime for themselves.

Most of us know about the macro and micronutrients in animals products. Such as the calcium boost from dairy, or the protein injection from animal flesh. But we assume that we are getting what we need if we just eat some meat every couple of days (or every day, if you are living in some of the more carnivorous parts of the world like South Africa!). Or that we are getting enough calcium if we have cheese on every sandwich. But this is not always the case. Without observing your diet you could at any point be missing out on essential nutrients or even consuming too much of one. For example, one could be feeding the system too much protein and unknowingly put the kidneys under strain.

Another healthy aspect of the vegan diet is that anyone not consuming animal products will automatically be dodging any diseases or hormones that may come with such foods. Especially those produced by unethical and unhealthy means. Hormone aids are forbidden in Europe but are still considered safe practice in some countries, such as South Africa. In 1944 Watson also used this to his advantage, when Tuberculosis had been found in 40% of Britain’s dairy cows the year before. He stated that the vegan lifestyle protected people from tainted food.

Why Going Vegan Could be Unhealthy

Vegan diets tend to be lower in dietary energy, saturated fat, omega-3 fatty acid, iodine, selenium, calcium, zinc, and vitamins B2, B12 and D. All of which are important nutrients to maintaining a healthy life, vegan or not. Some of these shortfalls can only be made up for with fortified foods or supplements.

For example, vitamin B12 is found almost entirely in animal products. A vitamin essential to both blood and neurological health. It is important to know neurological damage caused by a vitamin B deficiency is considered irreversible.  For this reason, it is absolutely vital that anyone following a vegan regime ensures that they are meeting all of their nutritional requirements.

Iron deficiencies and anemia are other concerns for those following a vegan lifestyle. Plant-based iron is a non-heme iron, which is not as easily absorbed by the body. Women of childbearing age, particularly during menstruation need to be especially careful of this. As a result, women often have to take supplements to avoid this. Although iron supplements have a track record of having some less desirable side effects, such as constipation.

Zinc absorption will be inhibited by a higher intake of phytic acid found in many plant foods. As a result, it is recommended that vegans up their zinc intake by at least 50% in order to ensure that their daily requirement is being met.

Vegans also tend to have a high consumption of legumes for protein. Unlike meat proteins, legumes contain a certain level of anti-nutrients which inhibit the absorption of nutrients. Plus, excessive ingestion of these anti-nutrients increases intestinal permeability, causing undigested food particles, toxic waste products and bacteria to leak through and reach the bloodstream. This is known as a leaky gut.

Soya beans are another great source of protein for vegans. However, most people end up eating processed soy, such as soy milk and tofu. And processed soy foods are no better for human health than any other highly-processed foods. To top it off, they consist of phytoestrogens which increase estrogen levels in the body and could cause a hormonal imbalance. Further more, too much soy could lead to higher heavy metal ingestion as it contributes to the intake of the toxic metal cadmium.

And as a last note, it is very important for vegans to watch their carbohydrate consumption. Many vegan foods, such as legumes are high in carbohydrates. And excessive consumption could lead to an imbalanced metabolism, non-alcoholic fatty liver and blood sugar deregulation.

There are countless stories of people who, for whatever reason, sustain healthy lifestyles while following a vegan diet.  However, should you find that while trying to convert to veganism your system feels unhappy in any way then you need to seek help from a dietitian. Or simply acknowledge that it is not what your body wants. And that’s not to say that you now have to eat animal products all the time. Maybe, if you are a woman, you only eat meat during menstruation in order to up your iron. Or maybe you chose a pescatarian lifestyle so as to ensure a healthy fatty acid intake. Whatever works for you.

A change in diet along with close observation of your body and nutritional education could greatly benefit anyone’s ability to function. But to sing my usual tune, each one of us is different in what our bodies need. And depending on our age or condition, the needs of one individual will also differ over time. I believe in balance, and we each need to find the balance that works for us.

Kill two birds with one stone: Vote and get vaccinated on Elections Day