Iva Jantjies speaks out: “He denies everything but I have my doubts”

Since the news broke out about an alleged affair between Elton Jantjies and Zeenat Simjee, Iva Jantjies has finally spoken out. 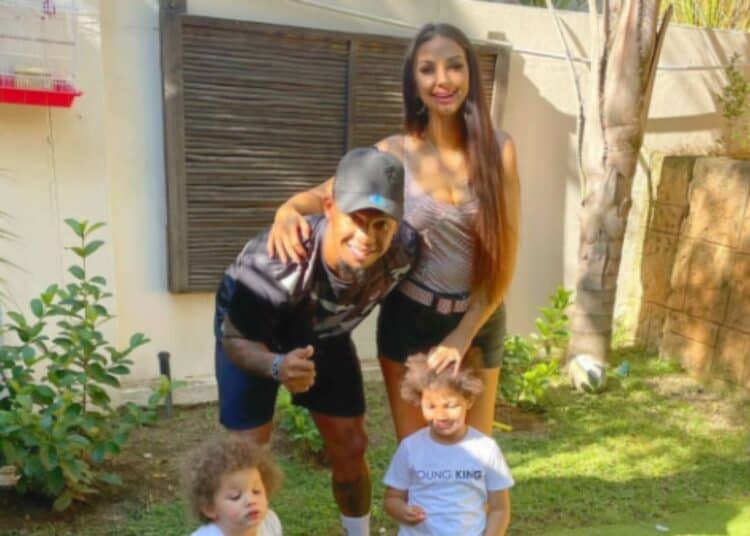 Iva Jantjies is pictured above with Elton Jantjies and their sons. Photo: Instagram/EltonJantjies

Iva Jantjies is currently finding difficulty processing the events that were published by numerous news publications. As of late, the mother of two has since had a conversation with her husband about the alleged affair.

Iva Jantjies shares that she has her doubts

Right now, Iva Jantjies shared with the Sunday Times that Elton Jantjies currently denies all the accusations pinned against him at present.

Previously, the Springboksflyhalf and team dietician Zeenat Simjee was sent home under the premise that the pair had had inappropriate relations. The pair had allegedly booked separate accommodation away from the team.

Presently, Elton Jantjies has been reunited with his wife Iva Jantjies, and his children in Japan. In a response to the latest scandal, the wife of the Springbok flyhalf shared that she was shocked about the news.

“I was shocked. I thought she was a family friend,”

Regarding the truth surrounding Elton Jantjies, Iva Jantjies revealed that she isn’t sure whether the athlete was telling the truth or not. She added that she would have to see how matters unfold to know.

“Elton denies everything and says he was never been attracted to her. I have my doubts, but all we can do now is wait and see,”

Speaking on her relationship with Zeenat Simjee, Iva Janttjie explained that they had previously met before. Adding that they have even chatted to one another at some point. These revelations only added to her shock about the latest developments.

“We chatted to each other and even made jokes. I also met her life partner who was also invited to these gatherings.”

Read More: ANC in KZN cries foul after losing key ward to the IFP in the by-election

While the responsibility lies with Zeenat Simjee and Elton Jantjies, Iva Jantjies made sure to put the spotlight on the Springboks management whom she felt was part of the chaos that recently ensued. The mum emphasized that they should take care to appoint people who are fit for the team.

“That must be done because the players almost never see their wives and families.”