Jamie Foxx previously spoke to the Hollywood reporter about his first directorial debut. The only question is, will his film make it to the screens? 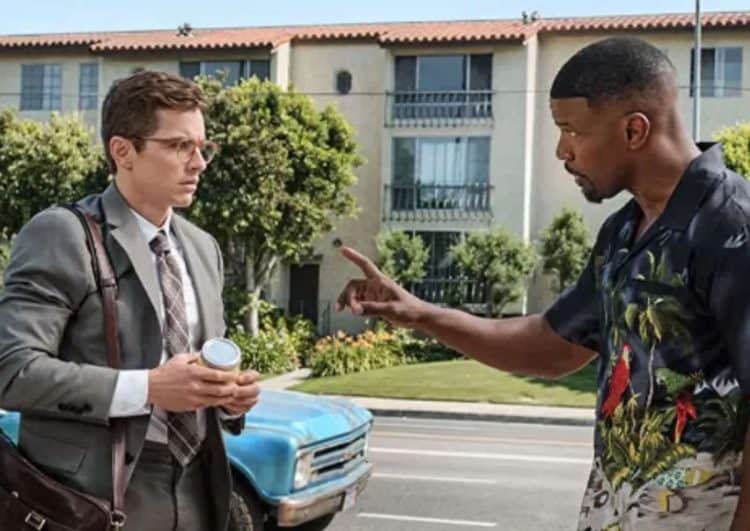 Jamie Foxx is pictured above in his new movie Dayshift. Photo: Netflix

Jamie Foxx recently wowed fans with his latest movie Day Shift on Netflix. But one of his other films, All-Stars Weekend, may or may not be making it to the screens anytime soon.

Actor speaks on his 2018 movie

Since comedy has become a sensitive thing today, Jamie Foxx shared that his film All-Stars Weekend has been indefinitely postponed due to the sharp criticism on comedians lately.

Of course, many will remember the infamous Oscar’s slap when Chris Rock made a joke about Jada Pinkett Smith’s hair. Evidently, comedy is no longer the same thing with cancel culture around.

Speaking to the New York Post, Jamie Foxx shared his thoughts about his film. Which was set to be released sometime in 2018 but was later pushed to 2019. Now the film has been shelved indefinitely.

“It’s been tough with the lay of the land when it comes to comedy. We’re trying to break open the sensitive corners where people go back to laughing again,”

To date, Dave Chappel has also landed in hot water about one of his comedy sets where his jokes were particularly touchy as of late. However, the comedian recently made a comeback by opening up for Chris Rock and Kevin Hart at a comedy show.

Right now, Jamie Foxx is putting all his effort into his new projects such as his Day Shift which recently premiered on Netflix. The film currently centers around a vampire on the hunt.

According to Screen Rant, Day Shit takes on similar storylines as the Marvel Cinematic Universe as the film explores hunters taking care of a vampire that is on the loose.

In the MCU version, the vampire hunter Blade will most likely not be able to meet up with the comedy genius. Presently, the movie is rated R so it is not appropriate for young viewers. As there is a good amount of bloodshed as well.

Alongside Jamie Foxx in the new film are Dave Franco, Snoop Dog, and Megan Good. Dayshift is now available for streaming on Netflix.