Natasha Thahane reveals the passing of her grandmother

Natasha Thahane recently revealed the passing of her grandmother Eileen Morokane Thahane. Here’s what she shared with her fans. 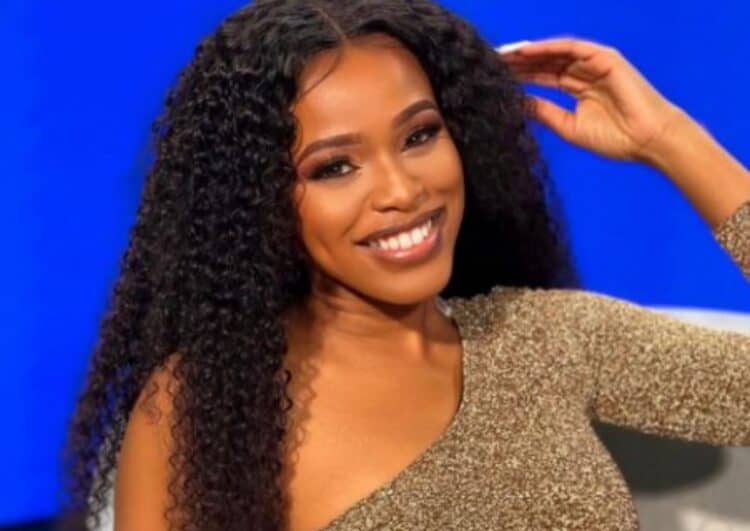 Natasha Thahane has had a busy year thus far and among some of those busy times, the Blood and Water star has had to endure the loss of her grandmother.

Blood and Water actress mourns the death of her grandmother

To date, Natasha Thahane took to her Instagram handle to share a tribute to her late grandmother Eileen. The video clip, pictured her grandmother during all the good times and family get-togethers.

As shared by Briefly, Eileen Thahane was well over her nineties at the time of her passing. Right now, there aren’t any details surrounding the particulars of her death as of late.

Thus far, Natasha Thahane shared a few images on her Instagram story along with the funeral pamphlet of her grandmother. Presently, the short tribute gave a little history to the actress’s relative.

The short thread read, “She was married to her late husband William ‘Lome’ Thahane in 1950. They were blessed with two daughters and sons.”

Previously, the actress surprised her followers when she announced her pregnancy back in March. Considering the actress gave birth in April, Natasha Thahane was roughly between 8 and nine months of pregnancy.

Read More: Jennifer Aniston bares it all for her new product announcement

To date, there are no details surrounding the father of her child or whether she is in a relationship with the father at present. In previous posts, the actress shared images of herself breastfeeding her baby while at a family dinner.

See the tribute video below.