Saudi Arabia as a whole has fared well in handling the pandemic. It’s had low mortality rates and minimal social and economic disruption. 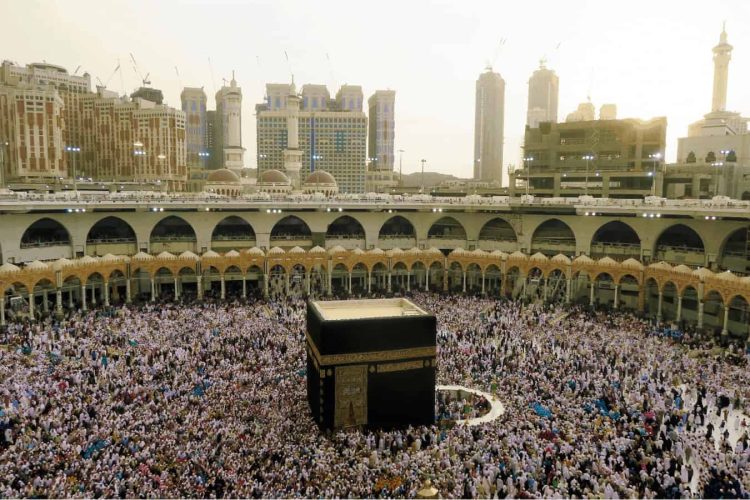 Photo by ekrem osmanoglu on Unsplash

As a Muslim, at least once a year I go on pilgrimage to Mecca, Islam’s holiest city, located in Saudi Arabia. Muslims perform the short “Umrah” pilgrimage at any time of the year, and there could be over 19 million pilgrims each year. I have also been to Mecca a couple of times for “Hajj” – the annual major pilgrimage. Held once a year, this is a mass gathering of over 2.5 million Muslims.

Both the Umrah and Hajj pilgrimages weren’t possible for most of 2020 due to the outbreak of the COVID-19 pandemic.

However, Saudi Arabia as a whole has fared well in handling the pandemic. It’s had low mortality rates and minimal social and economic disruption. There’s been widespread testing and vaccine access. This allowed it to open up for pilgrims.

I had avoided travel to minimise unnecessary exposure to the new coronavirus, SARS-COV-2. But information on stringent rules to ensure the safety of pilgrims in Mecca encouraged me to go.

As a pathologist who has been at the forefront of tracing the spread of the new coronavirus in Kenya, I was impressed by what I experienced in Saudi Arabia.

I believe there are valuable lessons here for other countries where mass religious gatherings take place. The strategies could also be emulated by specific industries – such as hospitality and tourism, sports and entertainment. These also handle large numbers of people and need to balance public health and the protection of people’s livelihood.

For starters, the Saudi authorities required foreign pilgrims to have a negative PCR test result. These had to be taken within 48 hours before arrival in Saudi Arabia.

Upon arrival, all pilgrims either had to do a mandatory quarantine at a government approved hotel for six days, or take a PCR test after 48 hours of quarantine and, if it was negative, could leave the hotel. Travellers from countries categorised as “high-risk” were required to do a mandatory seven day quarantine, but also needed to have a negative PCR test upon completion.

In addition, all pilgrims who wanted a permit to enter Haram – the Grand Mosque of Mecca – needed to have a COVID-19 vaccination certificate.

It’s important to use all these measures as they add layers of protection and prevent situations from becoming super-spreader events. A negative PCR test alone may not be enough. There’s always the risk of a false negative for technical reasons or due to fraud. There have been reports of large numbers of travellers testing positive at their destination points after testing negative at departure.

Before COVID-19, there would be congestion and crowding. This time the flow of people within the Grand Mosque was well organised. A limited number of worshippers were allowed in at a time and there was clear demarcation to ensure physical distancing. Police and mosque orderlies monitored and directed the pilgrims.

Face masks – which provide a barrier and keep the new coronavirus from spreading – were mandatory. Harsh penalties were imposed on anyone not wearing a mask or trying to enter the Haram without a valid permit. Daily text messages reminded us about the penalties and public health measures.

The markedly restricted number of pilgrims – to 50,000 a day from a huge capacity of hundreds of thousands – made it easier to manage people and enforce measures.

In addition, the iftar meal – taken at the break of fasting – was provided in neatly sealed packages. Indicated by a label, these were prepared under stringent hygiene conditions eliminating the risk of the SARS-CoV-2 transmission from handling. In the past pilgrims would eat these meals together, sometimes from communal plates. This is a high risk situation for the virus transmission.

Also, unlike before when people would crowd to collect ZamZam holy water from watering points, it was dispensed by mobile porters. They poured water from portable backpack tanks and also dished out sealed bottled water.

An innovative intervention was the use of mobile apps to record, track and monitor all COVID-19 related personal records. These included test results and vaccination status. The apps were also used to apply for access to move around in public places. We were told which apps to download by our Umrah travel agent.

The Tawakkalna app is being used across the country for contact tracing. It’s the most important app, needed to access every place you go, for instance every shop, restaurant, hotel and vehicle. This app required a record of PCR results and vaccination to enable entry.

Those with a positive PCR were barred from moving around. The app has a constant location tracker and warns if someone is out of their allowed zone.

If groups wanted to gather for social events they would use the Tawakkalna app to apply for a gathering permit. The app would then provide contact tracing in the case of any positive case emerging after the event.

For pilgrims wanting access to the Haram, there is an app called Eatmarna. Created by the Ministry of Hajj and Umrah (the government’s ministry dedicated to pilgrim matters) the Eatmarna app allows pilgrims to book a specific time-slot for access to the Grand Mosque, meaning numbers are capped. The app is also linked to the Tawakkalna app which means access is granted based on COVID-19 status.

As a foreign pilgrim, I was issued with a bar-coded wrist band that could be scanned to confirm my status in case I couldn’t display my Tawakkalna or Eatmarna status.

Tabaud was another app that was used. It’s a social-distancing app which, using bluetooth, can check on the Tawakkalna app of people around you. It essentially warns of people nearby who have tested positive.

As a pathologist, I see these apps as crucial in preventing the spread of the new coronavirus. They limit crowding and also allow for the movement of those who are safe while restricting those who are unsafe.

Apps that track people’s movements – and that store their medical and personal data – do raise privacy concerns, particularly if the data falls into the wrong hands or is misused.

However I also feel that their use is a price that we need to pay in these unprecedented times, and steps can be taken to protect the data.

In the past, Mecca was a convergence point for millions of pilgrims and has always been a flashpoint for the spread of various contagious diseases, including cholera.

Strict and decisive steps taken for mass gatherings can prevent them from becoming superspreader hotspots, as has happened in India and Iran.

Saudi Arabia’s handling of the pilgrimage provides many lessons worth emulating by sectors and events that bring together large numbers of people, including sports, religion, entertainment and hospitality industries.

People wishing to use these facilities would have to accept that to enjoy these privileges they would need to be checked and monitored – for the welfare of everyone.

Of particular interest is the use of mobile phone technology which could be a very potent tool in combating the pandemic in all countries, including those in Africa, where internet and mobile phone penetration is high.