If the outcomes of the most recent meeting of the national executive committee (NEC) of South Africa’s governing party, the African National Congress (ANC), are anything to go by, the party has reached a tipping point. 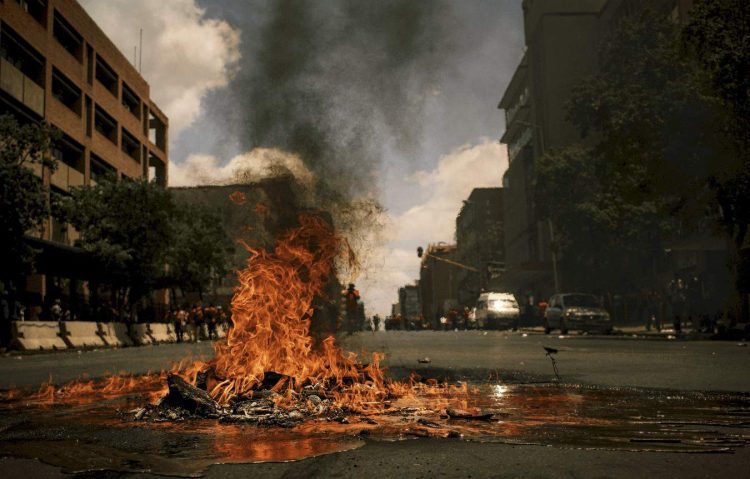 Photo by Pawel Janiak on Unsplash

If the outcomes of the most recent meeting of the national executive committee (NEC) of South Africa’s governing party, the African National Congress (ANC), are anything to go by, the party has reached a tipping point.

As he was giving an update of the NEC meeting, ANC president Cyril Ramaphosa’s demeanour appeared to be that of a leader in charge, sending his secretary-general Ace Magashule packing, and giving him the executive committee’s ultimatum to apologise for his vindictive behaviour. The NEC is the ANC’s highest governing structure in between its five-yearly national conferences.

Magashule, who has been suspended by the party because he has been charged with fraud and corruption, defiantly ignored his suspension and retaliated by in turn “suspending” Ramaphosa.

In other words, he dared the president, but at his own peril. Ramaphosa is a formidable adversary. Based on his experience of their encounters during the negotiations for the new South Africa, FW de Klerk, the last apartheid-era president of South Africa, warned that Ramaphosa’s

relaxed manner and convivial expression were contradicted by coldly calculating eyes, which seemed to be searching continuously for the softest spot in the defences of his opponents. His silver tongue and honeyed phrases lulled potential victims while his arguments relentlessly tightened around them.

This is what Ramaphosa, with the support of the NEC, has done to Magashule and his allies. He read them the riot act for disobedience. This bodes well for the ANC’s renewal project. This entails ridding the ANC of corruption, rebuilding public trust in it and ensuring it delivers on its obligations as a government.

According to Ramaphosa, all this is essential if the ANC is to win public trust and be a force for good in society.

Finally, Ramaphosa, who was elected president of the party in December 2017 on a slim margin, has his grip on the ANC.

Ramaphosa is set to go down in the annals of history as an ANC president who presided over a tumultuous epoch in the party’s evolution.

He faced opposition from within the party ahead of his election, and his slim victory margin emboldened those who had opposed him. Magashule pointedly took a jab at Ramaphosa shortly after the election:

Here, Magashule was mobilising his allies to start working on ensuring that, in the next elective conference in 2022, Ramaphosa is voted out of office.

This marked a fissure between the president and secretary-general, which found resonance in the motley crew elected to the leadership of the ANC in December 2017. The scene for internecine contestations was set.

Magashule is allied to Ramaphosa’s nemesis, former party president Jacob Zuma. Their faction within the ANC has fashioned itself as the true custodians of the aspirations of South Africa’s still economically weak black majority. They call themselves “radical economic transformation forces” fighting against the domination of the economy by the minority white population (white monopoly capital), of which Ramaphosa is supposedly a lackey.

Magashule’s fierce opposition was part of his ongoing strategy of establishing a party within the party, from his powerful position.

This was a cardinal sin – and called for excommunication. But Magashule only got a rap over the knuckles. Instead of nipping it in the bud Ramaphosa pursued the elusive illusion of unity. This spawned mollycoddling, impunity and faustian pacts.

Ramaphosa was made to look meek, to the extent that many started to ask whether the centre was holding.

The ANC became a platform for free-for-all, where squabbling over access to and control of public resources became a political preoccupation, with Magashule becoming a leading character working tirelessly to eviscerate Ramaphosa. The contestation was not ideologically driven. It was driven by greed.

By not acting earlier against Magashule, Ramaphosa’s leadership unwittingly became complicit in creating its own challenges. What appears to have broken the camel’s back were Magashule’s increasing infractions, his frequent contradictions of the president’s public statements, especially on matters related to state capture and corruption.

Ramaphosa eventually mustered the courage – and the support in the party – to suspend Magashule and gag his media gibberish.

Is the ANC out of the woods?

Unfortunately, not by a long shot.

Can the ship be turned?

Former party leader and president of the country Thabo Mbeki asked a vexing question after the NEC meeting that sealed Magashule’s fate:

Do we still have any organisation called the ANC?

The question is a profound one – not because of its literal poignancy, but for its figurative meaning. The moral heritage of the ANC has gone awry. The question for Ramaphosa is, how is his leadership going to bring this back to course?

It is disingenuous of Magashule’s allies to say the ANC is collapsing, but fudge the reasons for this with insinuations that ascribe developments to his suspension, instead of focusing on why he was suspended.

The party had increasingly become a haven for self-preservation rather than, as the governing party, the custodian of public interest. Accountability was met with short shrift and incendiary rhetoric to subvert justice. This included the ANC’s “step aside resolution”, which was taken at its 2017 national conference. The NEC’s guidelines for its implementation state that its members who are charged with serious crime should voluntarily step down, and if they fail to do so, should be suspended.

The moral indiscretion of some of its leaders has hollowed out any rectitude in the party. Its image in society is ruined. It is because of this that, as its leader, Ramaphosa’s job is cut out.

To turn things around, he requires taking on the best characterstics of former ANC leaders. The political savvy of Oliver Tambo, who kept the movement together for over three decades in exile; the reconciliatoty benevolence of Nelson Mandela, who led it from 1991 to 1997; the wit of Thabo Mbeki, 1997 to 2007; and the calmness of Kgalema Motlanthe, party deputy president from 2007 to 2012; coupled with a bit of democratic dictatorship.

How trade deals explain the behaviour of West African elites