Selling the OC: The Oppenheim group returns to Netflix

Selling Sunset is yet to make a return to Netflix but in the meantime, the Oppenheim group is expanding to Selling the OC this year. 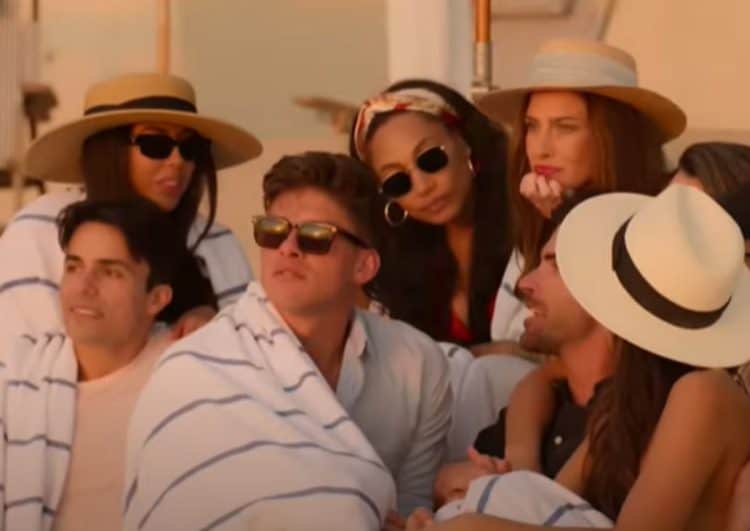 The Selling the OC group is pictured above. Photo: Netflix

Selling the OC is the latest season of the Oppenheim group to make its way to Netflix. In the new trailer, the real estate agents are much messier than the Sunset group.

Thus far, Selling Sunset is set to return for season five. The group previously made it known to the Orange County group that they’re the reason why they have their current job with the Oppenheim group.

In all fairness, the girls are right. As they worked extremely hard to bring the Oppenheim to where it currently is. Now, the only question is, will Selling the OC group do the company justice, or will the reputation be tarnished?

To date, Selling the OC was previously introduced in the last season of Selling Sunset. The two groups socialized and officially met one another at a cocktail party. Of course, the girls let it be known where they stand.

About the first season

Presently, the Selling Sunset group is mainly made up of women. With Selling the OC group made up of a mix of men and women. Which sets the tone for trouble, egos, and some friendship mishaps.

Right now, Rose and Jarvis are the main girls to set the tone in the Oppenheim office in Selling the OC as the girls described themselves as the top-selling female agents at the Oppenheim group.

However, some of the other agents made it clear that Rose and Jarvis are the girls that bring an awkward if not unprofessional energy to the Oppenheim group for its first season of Selling the OC.

Read More: DJ Zinhle is criticized for her response on a product review

Thus far, there does seem to be some bad blood between the girls as one of them seems to be trying to wreck a marriage by attempting to kiss a married man at a party.

Another character at Selling the OC seems to be Gio who ranks himself to be the best agent at the Oppenheim group. The Real Estate agent actually admitted this during an interview with the producers. Are we spotting another Christine?

Selling OC airs on Netflix on the 24th of August.

DJ Zinhle is criticized for her response on a product review