The Addams family will make a return to the small screens in 2022. But, the spinoff will focus on Wednesday Addams. 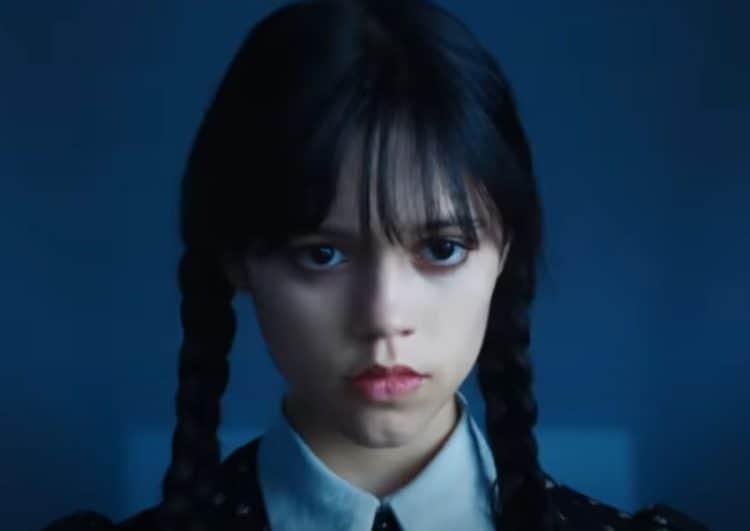 Jenna Ortega is pictured above as Wednesday Addams in the new Netflix series. Photo: Netflix

Wednesday Addams is one of the darkest characters in the Addams family clan. Not that everyone else isn’t a bit weird or out of place in everyday society standards.

Thus far, Netflix first teased the new spinoff back in 2021. Showing the character Wednesday Addams to take center stage in the series.

While the spinoff will focus on Wednesday Addams. The Addams family will be part of the series as they are Wednesday’s parents after all.

To date, actress Jenna Ortega will take on the role of playing Wednesday. There isn’t an official synopsis on the series. But Wednesday does seem to have some trouble fitting in at the 8 schools she has been to.

In the current teaser trailer, Wednesday Addams stands out very boldly in her classic black pigtails and emo outfit which is of course black and white. Among the other teenagers who wear bright pinks and greens.

Compared to previous adaptations of the Addams family over the years, the new spinoff series is intended more for the mature audience as the trailer foreshadows some bloody scenes.

Right now, Wednesday Addams does not have an official release date but should air on Netflix sometime this year. The series is expected to have at least 8 episodes upon its release.

So far, the Wednesday Addams series gives the same Addams Family aesthetic as the main character in the series gives off her typical love for dark things similar to when she throws a bunch of piranhas in the school swimming pool in the defense of her brother being bullied.

Presently, the spinoff series will be directed through the lens of Tim Burton who is best known for his films such as Beetlejuice and Edward Scissorhands.

Watch the teaser trailer below.

Mpumalanga learner stabbed to death in gang-related violence in school