What is Krav Maga?

Krav Maga is a versatile and powerful self-defense combat style, devoid of rules and developed based on real-life situations. 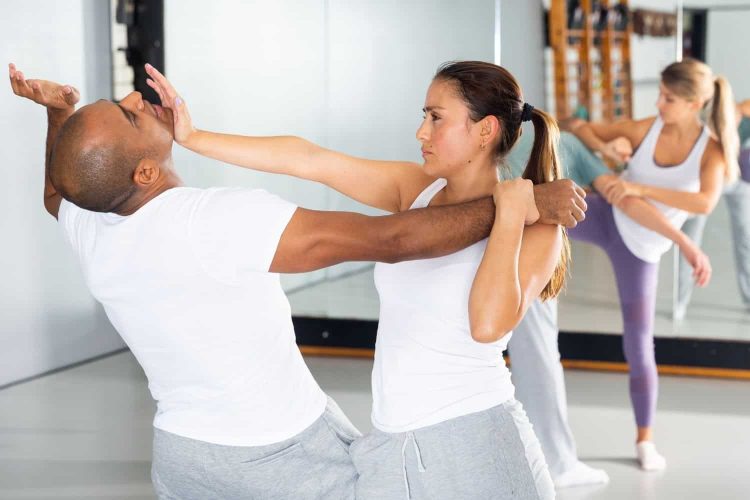 What is Krav Maga? Image credit: AdobeStock By JackF

A little while back I started trying my hand at a form of combat called Krav Maga. And anytime I have mentioned it to others the most common response is “Huh, you are doing what?”.

Krav Maga is a self-defense and fighting method. Formed using what is considered to be the most effective techniques taken from various other combat sports such as Boxing, Aikido and Judo. Created in the early 1950s by the Israeli Defense Forces, it is a fighting style that focuses on real-life situations. And although there are competitions for it, there are no rules. The goal is to quickly and efficiently disarm and get out alive. How you get there is up to you.

One’s techniques in Krav Maga overrule strength. Generally, the most vulnerable parts of the attacker are targeted. And training involves knowing how to manipulate the body so as to force the enemy to release a grip and get into a position where you can control them. But all very quickly. In the process, you may inflict harm on your attacker, but it is not the goal.

It is very important to stress that as deadly as Krav Maga may be, inflicting harm is not the goal. It should only be used in self-defense. The lack of rules and severity of the style is because it is built around real-life situations. Ones where you might have to survive some serious disadvantages. No matter what, where and how you are fighting, you are trained to assume that your opponent is:

It also teaches an awareness of one’s surroundings. Training you how to protect a potential companion or to at least not accidentally hurt possible passersby. It’s not just about going berserk. It’s quick and aggressive but mindful and controlled.

As someone with a slighter frame, I found all of this incredibly appealing. Once I had decided to start a combat sport of some type I started browsing different options. And I remember watching Karate competitions and thinking, but why can’t I kick them in the nuts? If they have an advantage of a stronger upper body then why can’t I use my long legs to my advantage? That’s when I realised that what I was really after was self-defense combat rather than a sport. Any physical hobby is great, but in my mind, having one that could save my life in a real situation made all the difference.

Another aspect was time, there are many of us out there that secretly long to be that super-assassin or kung fu master. But the bottom line is that for a lot of martial arts there is such a thing as too old to master. However, within my first krav maga lesson, I had learned two tricks that I will never forget and could save my life one day without me needing to be strong or trained in the moment.

Having said this, to be a true unstoppable Krav Maga force, is not easy. If you dedicate yourself wholeheartedly you will become good over time. But in the beginning, it is difficult and uncomfortable. Never mind the close physical contact with a stranger that few of us are used to anymore. There is also so much happening in each move. And until some of it starts happening autopilot you feel like there are a million browser tabs open in your head and you have to make sure they all perform the right task at the right time! It seems impossible, but the human body is an incredible thing. You won’t believe how quickly some of those little movements become automatic.

Still don’t be dissuaded, once you get into the swing of it there are a few key concepts to keep in mind, otherwise, it’s just like dancing. You just need to get your initial control of the situation and then you can take it where ever you want to from there.

All in all, Krav Maga is a powerful and relatively quick to learn combat style that could help you save your own life as well as those of your loved ones. Just remember to use it for the right reasons.

Ever wondered how much it costs to open a burger franchise in SA?