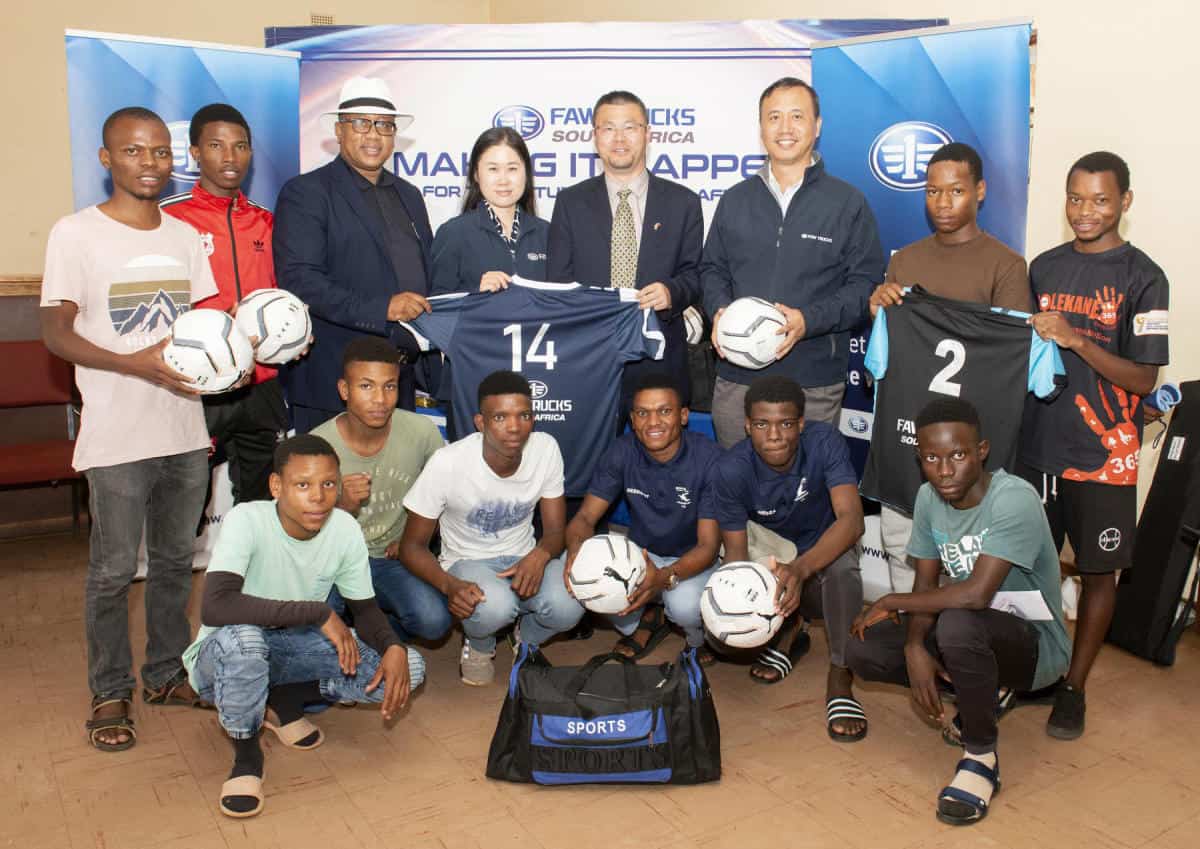 Johannesburg, 2022 – The Phatje Youth Annual Sports tournament, which began in October 2020 is the brainchild of Phatje Justice Pitso and aims to support and identify soccer talent in disadvantaged communities.

The third tournament was held between 16 and 22 December 2022 at the Mokgomo Hungry Lions Football ground where 16 teams battled it out for the honours. The tournament was officiated by SAFA Makhuduthamaga referees and attracted two SAFA executive management officers.

All participating clubs were gifted soccer balls for their participation, while there were cash prizes for the teams that reached the semi-final. The overall winners walked away with an impressive trophy, while runners up received medals.

FAW Trucks South Africa were the proud sponsors of  all the required soccer kits for each team member participating in the tournament as well as match balls, trophies and medals.

“FAW Trucks South Africa are honoured to sponsor the Phatje Youth Annual Sports tournament as we believe it is a great opportunity to encourage participation in sport and help identify sporting talent. The benefits of youth participating in sports are far reaching and includes promoting a healthy lifestyle while also preventing youth from getting involved in crime or under age alcohol use,” says Yongjun Li, CEO of FAW Trucks South Africa.

The sponsorship handover took place at the Masemola Tribal offices where Yongjun Li, CEO of FAW Trucks South Africa, physically made the donation to the tournament organisers. The handover ceremony was attended by tournament organisers as well as representatives from SAFA and government. Thomas Makgabo Sibushi Kgomo, the chief director of the department of sports, art, culture and recreation for the Limpopo Province delivered words of support as part of the proceedings.

“2023 sees FAW Trucks celebrate 29 years in South Africa, and we are heavily invested in the local economy as a significant employer and a local manufacturer and as such we feel that it is our duty to assist local communities and initiatives such as this, whenever possible,” concluded Li.