If you've seen someone before and then you meet again, it wouldn't be difficult to identify or recognise that person. 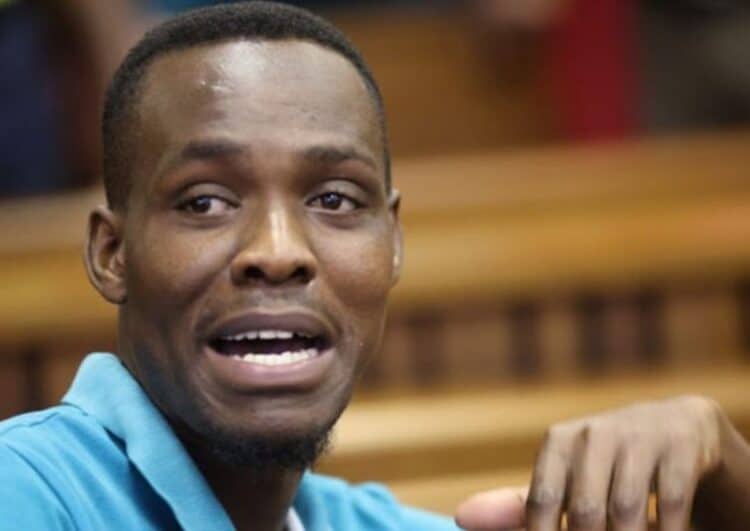 Accused number two Bongani Ntanzi pointed out as the man who was seen wrestling with Senzo Meyiwa before he was killed.

Senzo Meyiwa’s friend has pointed out accused number two known as Bongani Sandiso Ntanzi, as the man who got into a struggle with Meyiwa on the night of his murder back in 2014.

Tumelo Madlala on Thursday pointed out Ntanzi saying he was the second intruder who entered the Vosloorus house in October 2014, demanding cash and cellphones, and who was pinned against the wall by Meyiwa.

Madlala previously testified that he was not in the room when the gun went off so he could not personally identify who pulled the trigger.

He remained adamant that he pointed out the right accused in the dock as the intruder on the night Meyiwa was killed. He said he had no reason to lie about who he saw attacking Meyiwa.

“If you’ve seen someone before and then you meet them again, it wouldn’t be difficult to identify or recognise that person. I won’t tell lies about someone in a matter like this. Even that person knows the truth,” Madlala said.

Advocate Baloyi asked whether Madlala previously knew the suspect or had seen Ntanzi before the murder.

Madlala said he didn’t know Ntanzi but remembered him from the night of the murder.

Meyiwa was killed at his then girlfriend Kelly Khumalo’s family home in Vosloorus in the East Rand, on 26 October 2014.

All the suspects pleaded not guilty to the charges.