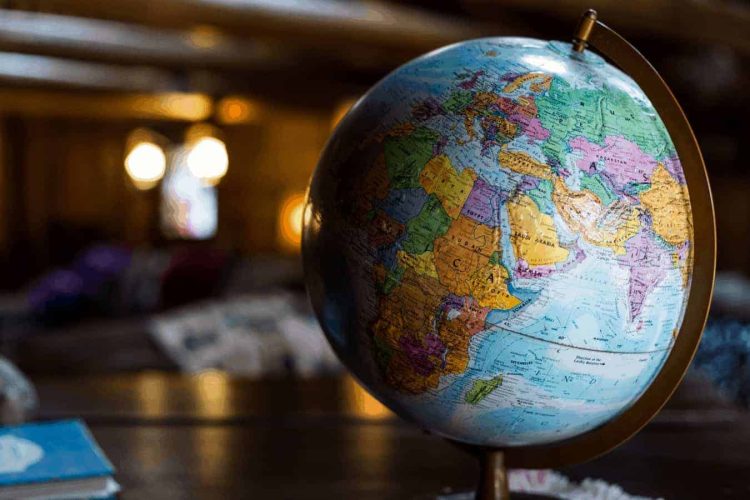 Photo by Kyle Glenn on Unsplash

The question facing Africa is whether the continent’s free trade area can likewise mitigate conflict and forge a prospering Africa.

The African Continental Free Trade Area is a project of the African Union (AU). Founded in 2018, it’s described as a framework through which to deliver “inclusive and sustainable growth”. By July 2019, 54 of the AU’s 55 member states had signed the agreement, with Eritrea the only holdout. While negotiations are still ongoing, the trade agreement officially commenced on 1 January this year. The idea is that it will be rolled out over three phases.

The World Bank imagines it as a means “to lift 30 million people out of extreme poverty”.

The experience of the EU could help show the way both in terms of the upside, as well as potential pitfalls.

In terms of success, the EU has contributed to the advancement of peace and reconciliation, democracy and human rights in Europe. It has also promoted economic convergence between its wealthier and poorer constituent parts.

When the EU was awarded the 2012 Nobel Peace Prize the committee argued that “through well-aimed efforts and by building up mutual confidence, historical enemies can become close partners”. It highlighted a number of achievements including the EU’s contribution to the introduction of democracy in Greece, Spain and Portugal, the strengthening of democracy in Eastern Europe and overcoming the division between East and West as well as ethnically based national conflicts.

For example, questions were asked about its heavy-handed response during the Greek debt crisis and more recently about its response to the Covid-19 pandemic.

But the EU has shown great resilience even in the face of losing one of its largest members, the UK, through Brexit.

It’s easy to aspire to such integration without recognising the careful construction and staging of successively deeper integration that preceded the EU. Before becoming full members of the EU, candidate countries have had to meet strict criteria in terms of governance and economic conditions amongst other factors. Its exclusivity is part of the reason for its success.

The main objectives of Africa’s free trade area are to “to create a single continental market for goods and services, with free movement of businesspersons and investments”. Its remit is sweeping: from the reduction of tariffs among member countries to introducing regulatory measures such as sanitary standards and removing technical barriers to trade.

There are tantalising opportunities for the plucking. Currently, a massively underperforming Africa accounts for just 2% of global trade. And only 17% of African exports are intended for other countries on the continent, well below intra-continental trade in Asia (59%) and Europe (68%).

As the largest free trade area in the world when measured by number of participating countries, the potential for the African Continental Free Trade Area to nudge those numbers in the right direction is significant.

The United Nations Conference on Trade and Development (UNCTAD)suggests that, if the trade pact is fully implemented, the GDP of most African countries could rise by 1% to 3% once all tariffs are removed.

The World Bank estimates the pact will boost regional income by 7%, or $450 billion, speed up wage growth for women, and lift wages by 10.3% for unskilled workers and 9.8% for skilled workers.

Some thorny issues still need to be thrashed out. These include bringing down existing tariffs. For example, oranges imported from South Africa for sale in a supermarket in Kenya currently attract a 25% tariff. Non-tariff barriers, such as sanitory rules, also need to be tackled.

Another unresolved issue is finding consensus over ‘rules of origin’. This requires getting agreement on what tariffs, if any, will apply to goods that one country buys cheaply in Asia, for example, and wishes to trade in Africa.

Vested interests often make it hard to deal with these issues. Again the example of the EU is instructive, as the clear benefits from membership seemingly outweigh costs.

Africa needs to overcome some other challenges too.

African countries rate poorly for ease of doing business. Only two – Mauritius and Rwanda – rank among the global top 50 countries in the World Bank’s Doing Business 2020 report where business can be conducted with ease.

Trying to implement a project of this nature among 54 countries with sometimes vastly disparate economies and infrastructure will stretch systems and patience. There are also challenges associated with marrying the free trade deal with existing regional agreements, as well as with bilateral trade agreements with non-African countries.

In the case of the EU, candidate countries had to implement various economic reforms as part of the price of membership.

There is the danger that this could be yet another bold African declaration that is stillborn or badly implemented. The fallout could mean that the continent simply reverts back to the status quo. But some countries could be hurt more than others.

There is also a danger that the deal results in winners and losers. It’s therefore important to accept from the outset that not all countries will benefit equally. Countries with larger manufacturing bases and more developed transport infrastructure and with more diversified economies are likely to benefit more.

If the agreement deepens inequality between countries, it could raise tensions, and potentially spark conflict. Here, lessons gleaned from the EU could help. Under its arrangement wealthier countries support poorer nations within the block through various transfers.

The difficulty in Africa is that it has countries at vastly disparate levels of development facing different challenges and so each step in the process is going to be highly contested.

One possible solution for down the line would be put in place a mechanism that offers both carrot and stick. This could be done, for example, through the establishment of a solidarity fund where future gains get “taxed” with a levy to redistribute between countries to promote convergence.

In 1946, Winston Churchill espoused the notion of a “United States of Europe”, of the need to

re-create the European family, or as much of it as we can, and to provide it with a structure under which it can dwell in peace, in safety and in freedom.

That is the role the African Continental Free Trade Area can play for the continent.

To make it work, however, African leaders need to commit to a full implementation of the agreement. This will mean that they must avoid turning inward, and buy into the notion that a united and co-ordinated front presents opportunities for the continent as a whole.

They must also get buy-in from citizens. As the UK’s exit from the EU showed, people will want to opt out if they can’t feel – or understand – the benefits.

The free trade deal won’t solve all of Africa’s woes. But it does have the potential to increase economic participation and lift citizens out of poverty.