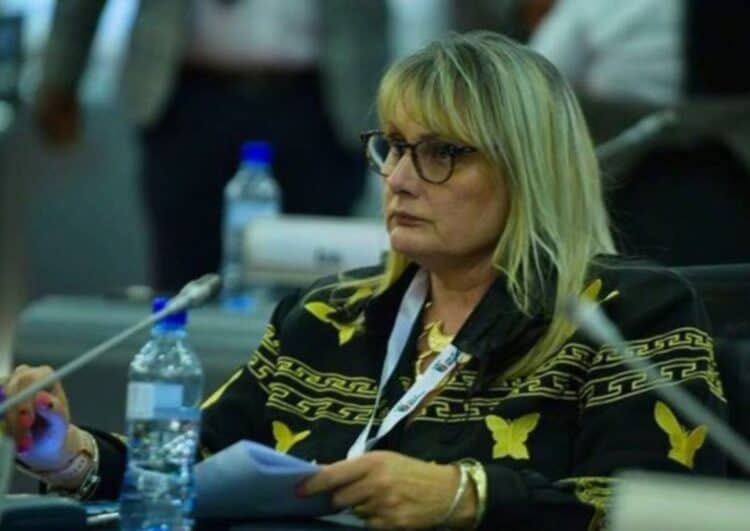 Ekurhuleni mayor Tania Campbell to face a motion of no confidence tabled by the ANC on 26 October. Photo via Twitter: @govanwhittles

The African National Congress (ANC) in Ekurhuleni on Thursday submitted a motion of no confidence in mayor Tania Campbell and accusing her of racialising service delivery in the metro.

The ruling party has been working very hard to remove the DA from power on metros across Gauteng after it formed an alliance with the Economic Freedom Fighters (EFF).

The coalition has successfully ousted City of Joburg Speaker Vasco da Gama and former mayor Mpho Phalatse and now Tania Campbell seems to be next on the list.

While the ANC has filed a motion of no confidence in Campbell, it has already begun courting the EFF along with the other small parties, to ensure that it gets the majority votes and have Campbell removed.

ANC chief whip in the metro councillor Jongizizwe Dlabathi said under Campbell’s leadership “service delivery has taken a racial turn, and our townships, where the majority black communities reside, have been clearly neglected”.

“The DA has actually pursued an anti-pro-poor (sic) budget, with one case in point being the abrupt decision of taking away the free basic electricity, which was a necessary relief for our communities, especially amid the tough economic conditions,” said Dlabathi.

The DA has rubbished the reasons given for the motion of no confidence.

“The ANC makes better offers to our coalition partners, and it is very easy for them to then follow the coalition of extortion and not place the needs of communities first.”

According to Zille, South Africa does not have coalition politics. She said parties were joining forces in order to salvage what would be best for them and not the communities they claim to serve.

She said 90% of the time was being spent trying to keep coalitions together instead of focusing on service delivery.