Magistrate Emmanuel Magampa ruled that it was in the interest of justice for the matter to be postponed to 30 November. 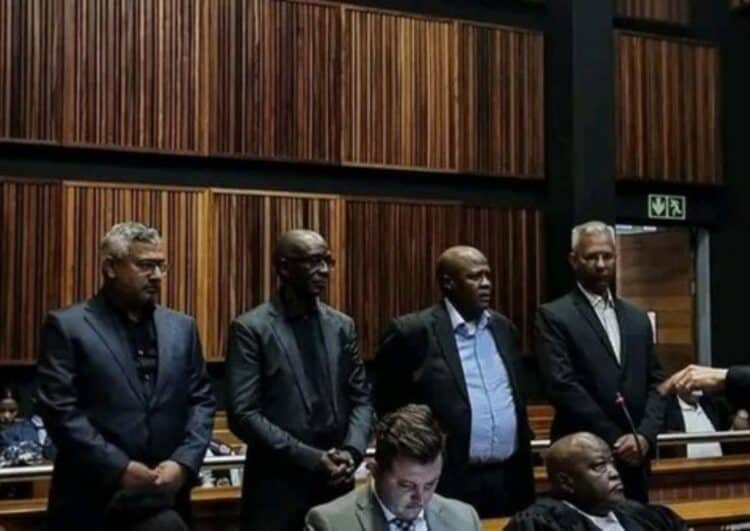 The fraud and corruption case against several former Transnet executives, including its former CEO Brain Molefe, has been postponed to 30 November 2022.

The case was postponed to November allowing the state to provide the defence team with more details on the docket.

Molefe and his co-accused, including former Transnet CEO Siyabonga Gama and the former chief financial officer Anoj Singh, appeared in the Palm Ridge Specialised Commercial Crimes Court on Friday facing charges related to the parastatal’s controversial procurement of 1064 locomotives in 2015.

There are 18 parties involved if the companies who stand charged are also included. Among these are top advisory firm McKinsey & Co. South Africa, as well as Gupta linked Trillian Asset Management and Regiments.

The Transnet fraud and corruption case involving about R400m has been postponed to next month for pretrial processes and possible transfer to the high court.

State advocate Thembela Bakamela committed to provide the charge sheet and full disclosures to the accused’s legal representatives by the next appearance.

A draft charge sheet was provided to the accused on Friday morning. The defence lawyers were asked earlier in the week to provide two terabyte external hard drives to receive full disclosures the state’s case will be based on.

Two representatives of the accused, Piet du Plessis for Kuben Moodley, and Danie Dorfling for Regiments director Litha Nyhonhya, slammed the state for only providing a draft charge sheet.

The accused, with the exception of the McKinsey representatives, had preciously appeared in court on 30 September. Following various arguments put to the court by the defendants’ legal teams, some of whom argued that the case must be struck off the roll because only a draft unsigned charge sheet was presented to the defendants and not the final one.

Magistrate Emmanuel Magampa ruled that it was in the interest of justice for the matter to be allowed to be postponed to 30 November.