Are South Africans Willing to Receive the Covid Vaccine?

Recent surveys suggest that the percentage of South Africans willing to receive the Coronavirus vaccine is increasing. But is this true? 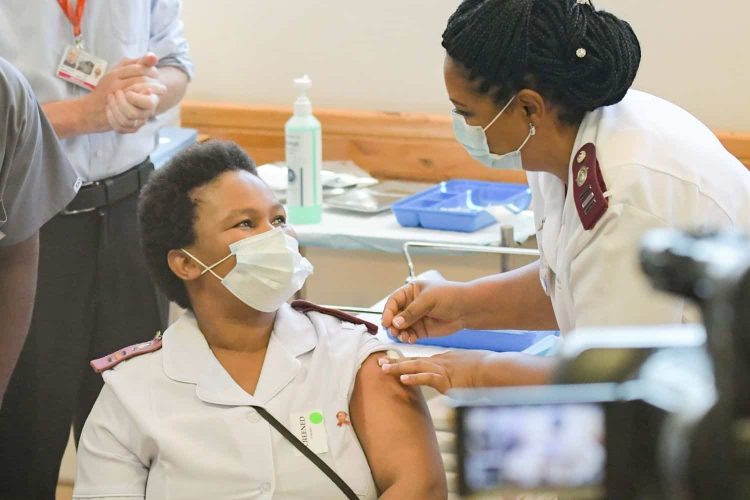 The public response to a survey depends on many factors. But after various surveys, done by several establishments, at different times and presented in different manners, it appears that South Africans are linking trust in the coronavirus vaccine with trust in the government.

This week, the University of Johannesburg’s (UJ) Centre for Social Change, in collaboration with the Human Sciences Research Council (HSRC), released the results of the fourth round of their massive Covid-19 Democracy Survey, which looked at vaccine acceptance and hesitancy in South Africa.

The headline findings were that the overall rate of vaccine acceptance was 72%, up from 67% recorded in the previous round, which was conducted in late December 2020. This figure includes those who have had the vaccine already, who would definitely get the vaccine, and who probably would get the vaccine.

The survey collected results from 7,889 people between 25 June and 20 July 2021. Most answers were gathered via Moya, a messaging application used daily by 800,000 people that does not charge for data use. These responses were supplemented by a telephonic survey of 258 people over the age of 60 to ensure a more demographically representative sample. From this larger sample, 2,370 responses were randomly taken to produce their analysis.

In July, the National Income Dynamics Study – Coronavirus Rapid Mobile Survey (NIDS CRAM) found that vaccine acceptance had risen among their sample of around 5,000 respondents. Between February/March 2021 and April/May 2021 (the fourth and fifth waves of the survey), the share of people who would accept a vaccine rose from 71% to 76%. The NIDS CRAM findings are therefore consistent with the UJ/HSRC results.

But one major poll, the Afrobarometer survey, run by the Institute of Justice and Reconciliation, found that vaccine acceptance was far lower than the figures reported by NIDS CRAM or UJ/HSRC.

This survey, while not as large a sample as NIDS CRAM or UJ/HSRC, was of 1,600 adults, carefully selected to ensure that the respondents are representative of South Africa’s geographic, age and gender distribution.

What explains this difference?

At their presentation of the results on Tuesday 17 August, UJ Professor Kate Alexander, who led the UJ/HSRC survey along with Dr. Narnia Bohler-Muller of the HSRC, said that Afrobarometer’s results were “misleading”.

Speaking to GroundUp, Alexander said that “the issue is overwhelmingly one of question formation (and placement), which is linked to the purpose and geographical scope of the survey. If you are going to compare surveys over time it is necessary to take question formation into account.”

Question formation and placement are the manner and order in which the questions are asked.

In the Afrobarometer survey, the question immediately prior to the one that was used to tally vaccine acceptance rates was this: “How much do you trust the government to ensure that any vaccine for Covid-19 that is developed or offered to South African citizens is safe before it is used in this country?”

The vaccine acceptance question that followed was presented to respondents using this formulation: “If a vaccine for Covid-19 becomes available and the government says it is safe, how likely are you to try to get vaccinated?”

The issue that Alexander raises is that the vaccine acceptance question follows one that interrogates trust in government (also very low – “not all” was chosen by 43% of respondents). Further, the question itself combines two ideas: trust in the vaccine with trust in the government.

By contrast, UJ/HSRC asked: “If a Covid-19 vaccine became available to you, would you take it?”. People could respond with

These formulations are exceedingly direct, and do not add in another element to the respondent’s evaluation.

In response to questions from GroundUp, Jamy Felton, Head of Data Management for Afrobarometer, said that the differences between their results and those achieved by NIDS CRAM and UJ/HSRC could be down to two factors, timing and the framing of the questions.

“We conducted our survey between the first week of May to the first week of June. If I look at the stories around that time, there’s some stuff on the Johnson & Johnson vaccine rollout being halted mid-April and resuming end-April. We had just received the first batch of Pfizer vaccines. Rollout seems slow across this period as Phase 2 kicks off (registration for over-60s just started around then).

“With the Afrobarometer questionnaire, we ask a bunch of Covid-19 questions including whether people trust the government to ensure the safety of the vaccine, whether they feel they trust government Covid-19 statistics, and whether they felt there was Covid corruption which could possibly have put people in a specific mind frame when answering that question (we also reported that trust in government’s ability to report on Covid-19 stats was low).”

Preston Govindasamy, Project Leader for Afrobarometer, said that the latest vaccination numbers suggest that Afrobarometer’s results might not be easily dismissed. Hesitancy might be widespread, particularly in younger age groups.

The NIDS CRAM, Afrobarometer, and UJ/HSRC surveys have been the most prominent ones. But there have been other surveys conducted since June 2020.

A July 2021 paper by Sara Cooper, Heidi van Rooyen and Charles Shey Wiysonge published in the Expert Review of Vaccines, examined nine vaccine hesitancy results across seven survey operators (this meta-survey included the previous round of the UJ/HSRC study).

The surveys were different in the size of their samples, ranging from 403 participants in the Ask Afrika Covid-19 Tracker study, to over 75,000 in a survey by the Council for Medical Schemes (CMS).

Some of these surveys were not representative of the population. CMS for instance cited very high levels of vaccine acceptance (82%), but only covered members of medical aid schemes.

IPSOS did four rounds of an international survey. The vaccine acceptance rates went up and down and then up again for South Africans. In the latest one, January this year, it was 61%. By contrast in Brazil it was much higher: 88%.

Cooper, Van Rooyen and Wiysonge explain that the differing results can be attributed to small samples, “as well as variations between the surveys regarding how the vaccine acceptance questions were formulated”.

But, they warn, “variations might also reflect the actual volatility of public perceptions”.

While it is important that questions about vital issues like vaccine hesitancy are as clear as possible, the powerful effect that even slight differences in questions has on the survey results, suggests that popular belief in vaccines is fragile and easily swayed.

How much hesitancy can we accommodate if we want to turn Covid into a low mortality disease? Probably not this much.