Mkhwebane insists she is entitled to interim relief until the Constitutional Court makes a decision on the matter. 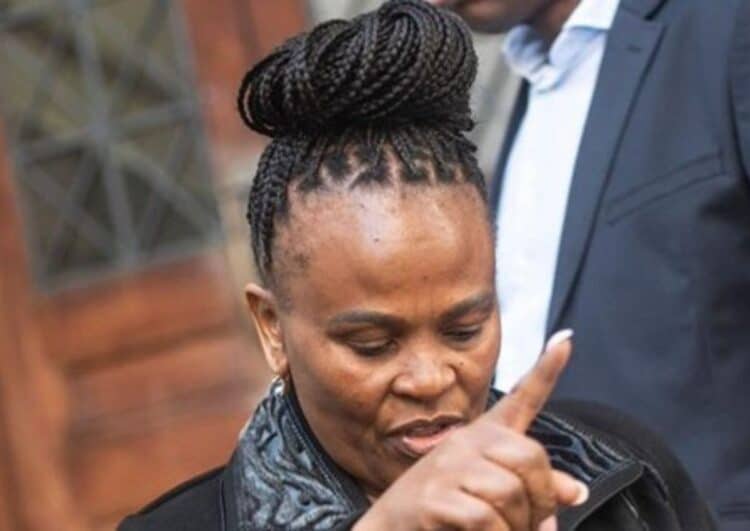 Busiswe Mkwebane launches an urgent application in an attempt to have her suspension overturned. Photo via Twitter: @ThothyT

Suspended Public Protector Busisiwe Mkhwebane will ask the Western Cape High Court for leave to appeal to the Supreme Court of Appeal (SCA) the ruling that prevents her from returning to work.

She wants to be allowed to approach the Supreme Court of Appeal to have her suspension from President Cyril Ramaphosa set aside.

On Tuesday, Judges Lister Nuku, Matthew Francis and James Lekhuleni handed down judgement, which confirmed that the Constitutional Court must first confirm their order to overturn Mkhwebane’s suspension before it comes into effect.

Mkhwebane, however, has since filed an urgent notice of application for leave to appeal with the Western Cape High Court.

“The applicant intends to apply to this Honourable Court as soon as possible or as soon as the matter may be enrolled by the Registrar, for a leave to appeal to the Supreme Court of Appeal [SCA] against the whole of the judgement and order of the full court handed down on 11 October 2022,” her court papers read.

The suspended Public Protector insists that she is entitled to interim relief until the Constitutional Court makes a decision on the matter.

Mkhwebane said a full bench of three judges made errors in fact and in law by refusing her temporary relief that would reinstate her to her job.

She contends that while the original judgement is still pending the appeal by the presidency and the Democratic Alliance (DA), she should be allowed to return to work.

Mkhwebane said it is not in the interest of justice for her to remain out of work.

The same three Judges last month ruled that the president had acted with bias when he suspended Mkhwebane.

The judges questioned the timing of the suspension by the president after he found out that she would be investigating the Phala Phala farm theft matter.

Brandy gives an update on her health following hospitalization