Meyiwa murder trial: Case postponed as witness is a no show due to unavailability of flights

Defence argues that the State was supposed to make a contingency plan to have another witness on the stand. 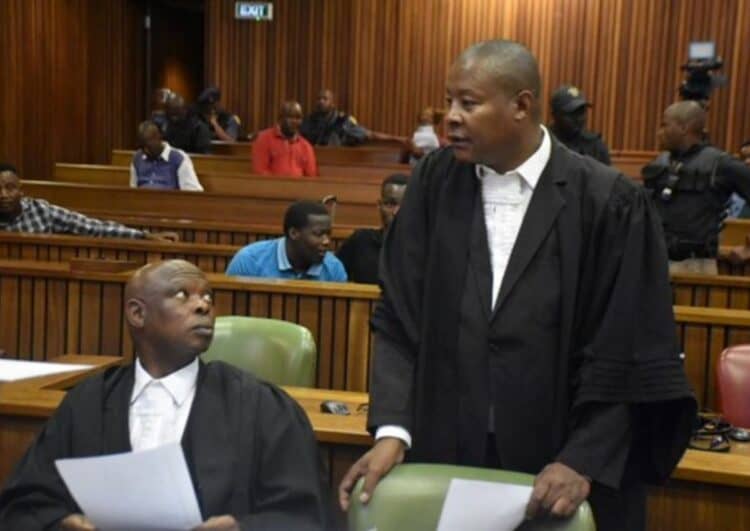 The Senzo Meyiwa murder trial has been postponed due to a witness not being available to testify on Monday morning.

State Prosecutor George Baloyi said the witness was unable to be in court on Monday morning, due to unavailability of flights.

The individual who is one of the people who were at singer Kelly Khumalo’s home in Vosloorus on 26 October 2014 when Senzo Meyiwa was killed was expected to take the stand.

“We are requesting that the matter should stand down until tomorrow for the continuation of the proceedings. The main reason is that we are now moving to the segment of the evidence of what transpired in the house. The witness who was due to testify today can only be here this afternoon, the State could not secure a flight for him over the weekend as they were oversubscribed,” Baloyi explained.

The defence did not take this lying down. Both attorney TT Thobani and Advocate Zandile Mshololo insisted that the state was meant to make contingency plans for another witness to take the stand.

Mshololo pointed out how all the other witnesses who were in the Khumalo house on the night Senzo Meyiwa was killed were in Gauteng, and they should be called.

In granting the postponement, Judge Tshifhiwa Maumela cautioned the State that, in future, arrangements should be made in good time and stop-gap measures should be lined up that the “case flows”.